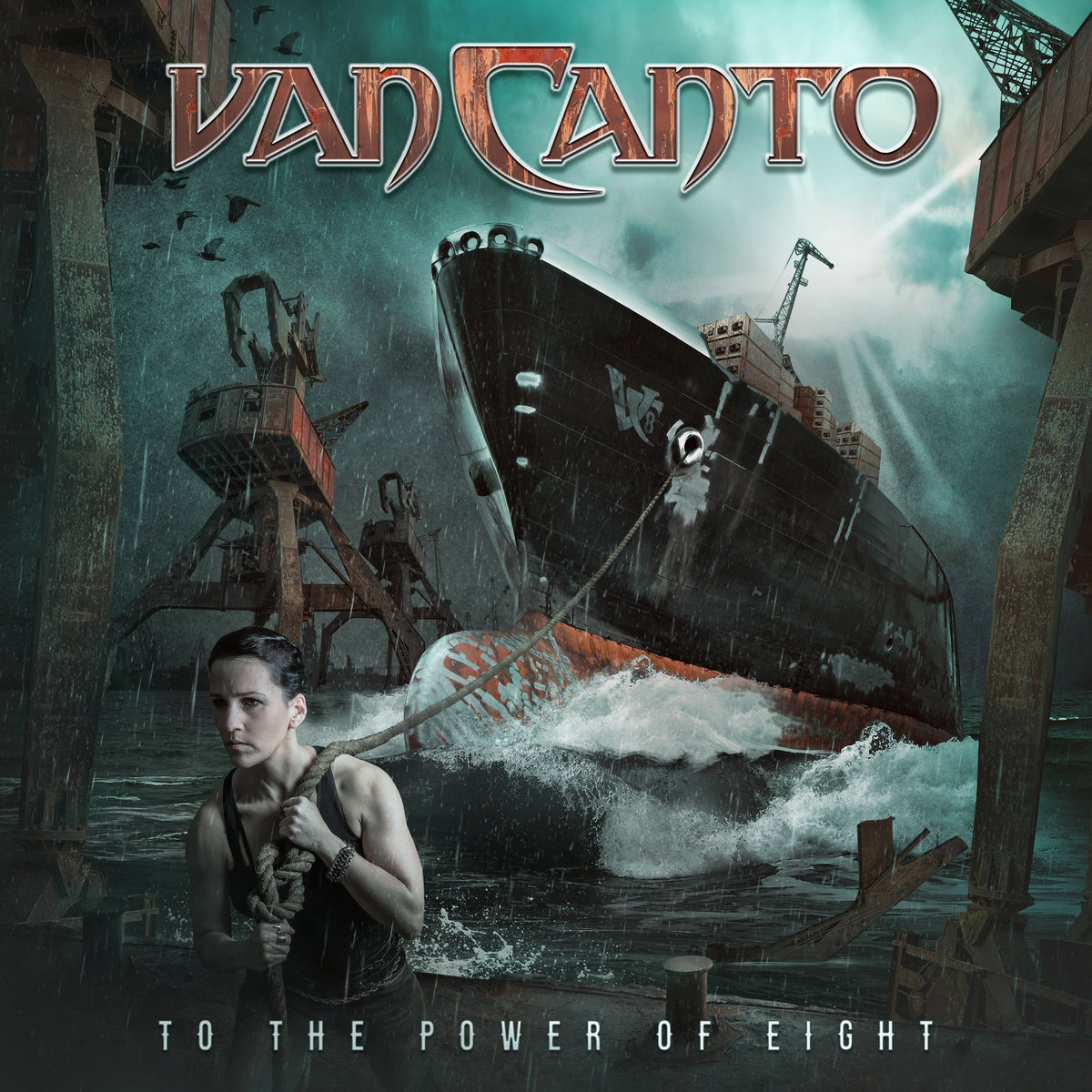 To the Power of Eight with Stefan Schmidt

“To the Power of Eight” is Van Canto’s 8. Album, this time we recorded with 8 musicians! Van Canto does not want to repeat too much when recording 2 albums. Each of our albums has a different mix, a different artwork, a different approach. This time, we were able to place the innovation not so much in the sound or songwriting style, but rather in the arrangement for the 3 lead singers. Our former lead singer Sly is officially a special guest appearing on all tracks. He is the greatest guest we can think of and are happy to have him back on this album, together with Hagen and Inga.

Generally speaking, our album titles do not have the deepest meanings, in the current case, it was about “To the Power of Eight” is our 8th album, and you can hear 8 musicians on the album that created the songs. Furthermore, we have 8 own songs on the album (+ the 4 covers), so the “eight” played a vital role around that album, that’s why we chose it as part of the title. The Artwork was made by Stefan Heilemann, the band photos by Tim Tronckoe. Van Canto artworks are more meant like images where you can look and find details for the entire time you are listening to the album. We wanted to transport the “Rust” theme from our last album and add some ocean/harbour rust to it. Then we had the topic of power (pulling a ship needs power!) and the eight, like on the ship or in the eight-knot.

We call our music ‘Hero metal a Cappella. The “metal a cappella part” is because we create all the sounds of the instruments of a regular metal band with our voices only. The “Hero” part is actually about how we write lyrics, and how we want to transport our songs. Our goal is to make the listener feel like a hero. Inner strength, power and belief in yourself and not giving up are all motifs that are present in a lot of songs, for example in ‘Dead by the Night’ or ‘Faith Focus Finish’.

“Falling Down” for example switches the perspective of this “believe in yourself” theme to the composer of songs. It is about the creative process when getting an idea, for example, a melody for a new song. The creative process (and the unpredictability of when creativity kicks in) feels very much like falling. The lyrics show a conversation between a character that hopes and waits for inspiration to kick in (coming with all doubts creatives have) and a conversation with the part of him that motivates him to trust that this moment will come.

Usually, the recording of a new album is somehow influenced by the “tour-album-tour-album” schedule you have as a band. The good thing about touring is also, that the songs of the last album are embedded in a live setlist, so they become just “Van Canto songs” and not only “the new songs”. This usually creates enough space for new creativity, so when the tour is over, the next ideas automatically kick in. This time, besides all the negative obvious effects of the pandemic, we had a little bit more time to write and produce. Usually, the release date is fixed because an upcoming tour is already planned. This time, we could pick the release date based on the fact the album is finished. This makes “To the power of Eight” comparable to the production of a debut, where nobody “waits” for a finished production, so you can take all the creativity you want.

Van Canto is definitely not religious, not scientific and not really material. There are some “rock’n’roll attitude” songs in the Van Canto History, like Steel Breaker. So the fantasy and escapism thing is what comes closest to Van Canto, perhaps enhanced by the mentioned self believe topics.

With 8 band members, everyone would tell a different story. Personally, I got into hard rock with “The Final Countdown” being my first favourite song when I was 6. It still is one of my favourite songs, and we covered it on our “Dawn of the Brave” album. From there I evolved over Hardrock (mainly Europe, Bon Jovi, Aerosmith and AC/DC) to Metallica, when I heard their Black Album.

The next big game-changer for me was “Imaginations from the other side” from Blind Guardian, which had a huge impact on me, especially about the importance of choirs and vocal arrangements in powerful metal songs. I think you can clearly hear that when listening to Van Canto. Personally, it was one of my biggest experiences when I was part of the Blind Guardian choir group for the At the Edge of Time album

Music it what drives me since my teenage years, it is what comforts me when I feel sad and it is where I can bundle all my power and enthusiasm in. I like a quote from Armin Müller-Stahl who said “every art wants to become music”. That hits it 100% for me.