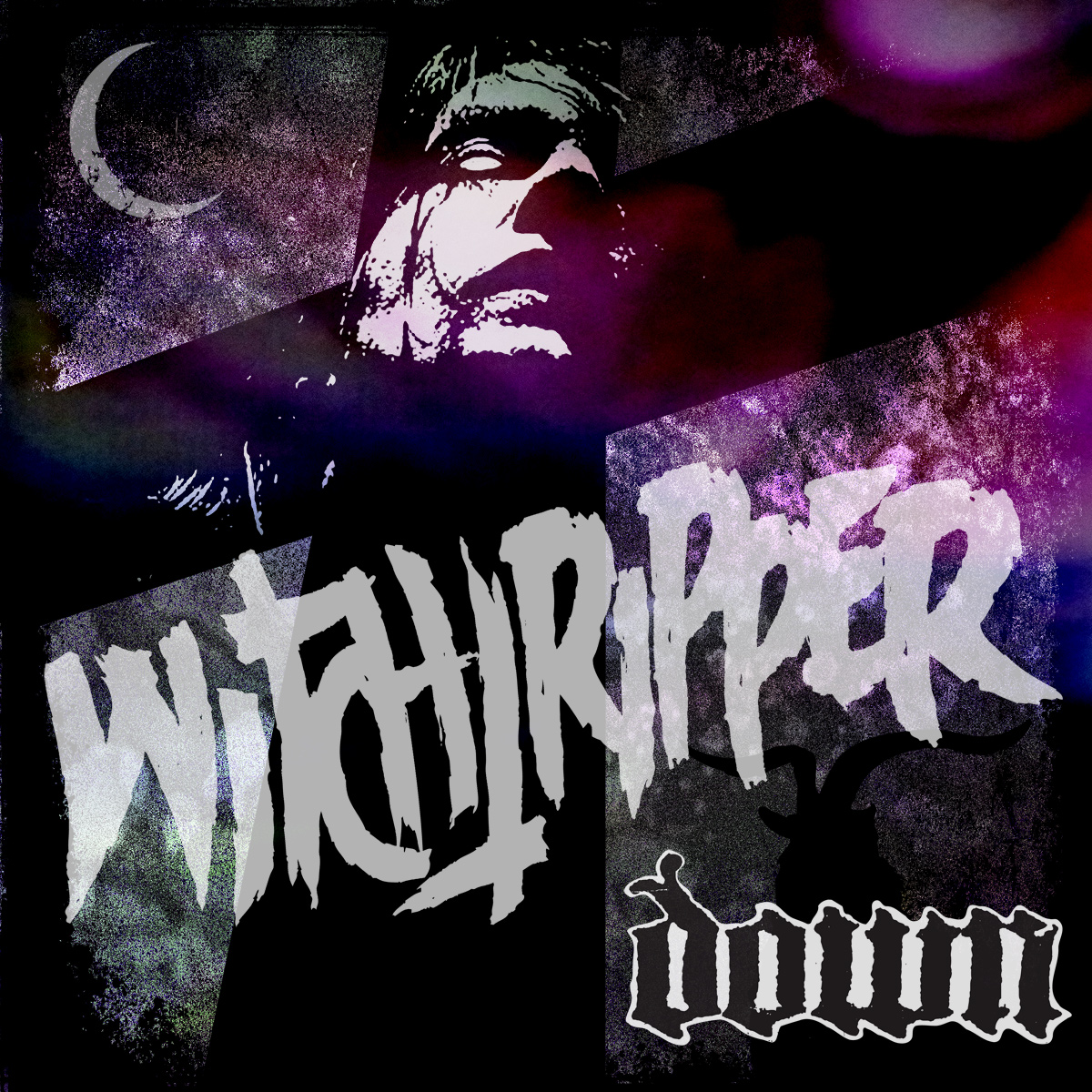 Vance Kelly is an award-winning illustrator, fine artist, printmaker and graphic designer. Born in 1970, he resides in New Orleans, Louisiana. His instantly recognizable artwork can be seen in the industries of music, advertising, apparel, and publishing. With an interest in mythology, symbolism, fantasy, and the occult, Vance uses dark and light themes to express his unique imagery. He is most notable for his album cover and poster art.

Vance Kelly: Hello and thanks for having me!

HMA: How did the passion for the graphic arts started and what is your background?

Vance Kelly: My passion for art started at a very early age. I suppose it all began with crayons or anything I could find that would leave a mark. I started off with coloring books. When I ran out of pages to color, I would then draw on the blank pages. Once I discovered my parent’s album collection, I became fascinated with the cover artwork. I found them way more interesting than my coloring books. As I got older, I spent much of my time teaching myself to draw the characters I found in D&D and comic books.

When I was a child, I was lucky enough to see an original Frazetta painting that belonged to one of my stepfather’s band mates. Needless to say I was completely amazed. From then on I knew I wanted to be an artist. For the most part I am a self-taught with little schooling other than an associates degree in graphic design.

HMA: What are your main techniques?

Vance Kelly: Almost all projects start off with research and a sketch. After I work out a few ideas on paper, I then start to develop the piece digitally using my Wacom Cintiq monitor. Once the artwork starts to evolve and the composition falls into place I then decide which of my techniques would work best. My three main techniques are pen and ink, watercolor, and traditional painting. However, these days techniques are replicated digitally. I mostly use Photoshop, Illustrator or Painter.

HMA: Do you get project briefs from the bands or the labels? Does it work the same as in a creative agency?

Vance Kelly: I have never worked in a creative agency but I’m guessing the process is similar to the way I receive request from the bands, labels and merchandise companies. I usually receive an email with a request for artwork in one of three ways:

Vance Kelly: Thank you! I started off with a few sketches based on ideas that were inspired by their catalog of music. Once a sketch began to look promising, I developed it further. It was then it submitted to the band to for approval to make sure it was going in a direction they liked. After the OK was given, I then began reworking the composition and elements to better enhance the main character. After the sketch phase was complete, I then moved on to “inking” and coloring. Once the artwork was complete, I then “knocked out” areas where the metallic foil would show through the illustration. The printer did an amazing job. The poster looks much better in person.

HMA: In terms of style the poster your done for “Graveyard – House of blues concert” brings to mind the art nouveau of Alphose Mucha. Was this intentional and would you also add any other references?

Vance Kelly: Absolutely. I had just returned from New York where I was able to see one of Alphonse Mucha’s original works at the Metropolitan Museum of Art. I was totally blown away by seeing his work up close and in person. I could actually see some of his pencil sketch showing through in the painting! It was like seeing the hand of the master at work. Graveyard’s music has dark beauty and an ageless feel about it. I thought a dark art nouveau style would work well to represent it visually.

HMA: Art and design influences or life experiences that have had an impact in your career?

Vance Kelly: I would have to say both. I am heavily influenced by art and music, as those are the two biggest driving forces in my career. However, I began to do a lot of traveling in the last couple of years. It has really been an inspiration for creativity and expanding my view of what is possible as an artist.

HMA: I believe your home base is New Orleans? Often bands such as Down, Eyehategod, Goatwhore, Crowbar, etc. speak with pride about their city heritage. Would you say that New Orleans has more traditions as well as cultural values than other places in the States?

Vance Kelly: I have traveled and lived all over the United States. For the past 20 years, I have lived in New Orleans. From my experiences, I would have to say that New Orleans truly does have a richer culture and traditions than any of the other cities I have lived in.

HMA: From an outsider it seems that people have deeper connection to their ancestral lineage, whether is Europe, Africa or any other continent? Am I right in saying this?

Vance Kelly: As Americans, we all have been born and raised in this wonderful melting pot of different ancestral backgrounds. Which I think is fantastic. But personally there is some disconnect with my ancestral lineage. The knowledge I have of my Irish, French and Native American ancestry is only found books or movies. When traveling outside of the U.S., I am always amazed to see how other peoples culture and background are relevant to their daily life and make up such a big part of who they are.

HMA: You recently returned from a trip to Europe. What stories and experiences did you bring back?

Vance Kelly: That trip was amazing. We were able to go to Stonehenge, London, and Paris. I really enjoyed visiting each of the cities and seeing the sights. Stonehenge was surreal. We had a private tour and were able to walk amongst the stones right around sunset. I really enjoyed people watching and getting lost in London. We visited lots of pubs and some great restaurants. In Paris, we became friends with a couple of great guys who are actually visited us in New Orleans last week. We had great time with them checking out concerts, restaurants and playing tourist in our own town. Being able to share our cultures, music, fashion, and art has really been a great experience.

HMA: How did you find old Europa’s culture?

Vance Kelly: Absolutely fascinating! Viewing the architecture, visiting historic sites and sampling the cuisine was a delight. I love the nightlife and many of the social activities. The people we met were very warm and welcoming. Being a stranger in strange land is something everyone should experience.

HMA: Thanks for this interview and your interest in Heavy Music Artwork.

Vance Kelly: You are very welcome. Keep up the great work!