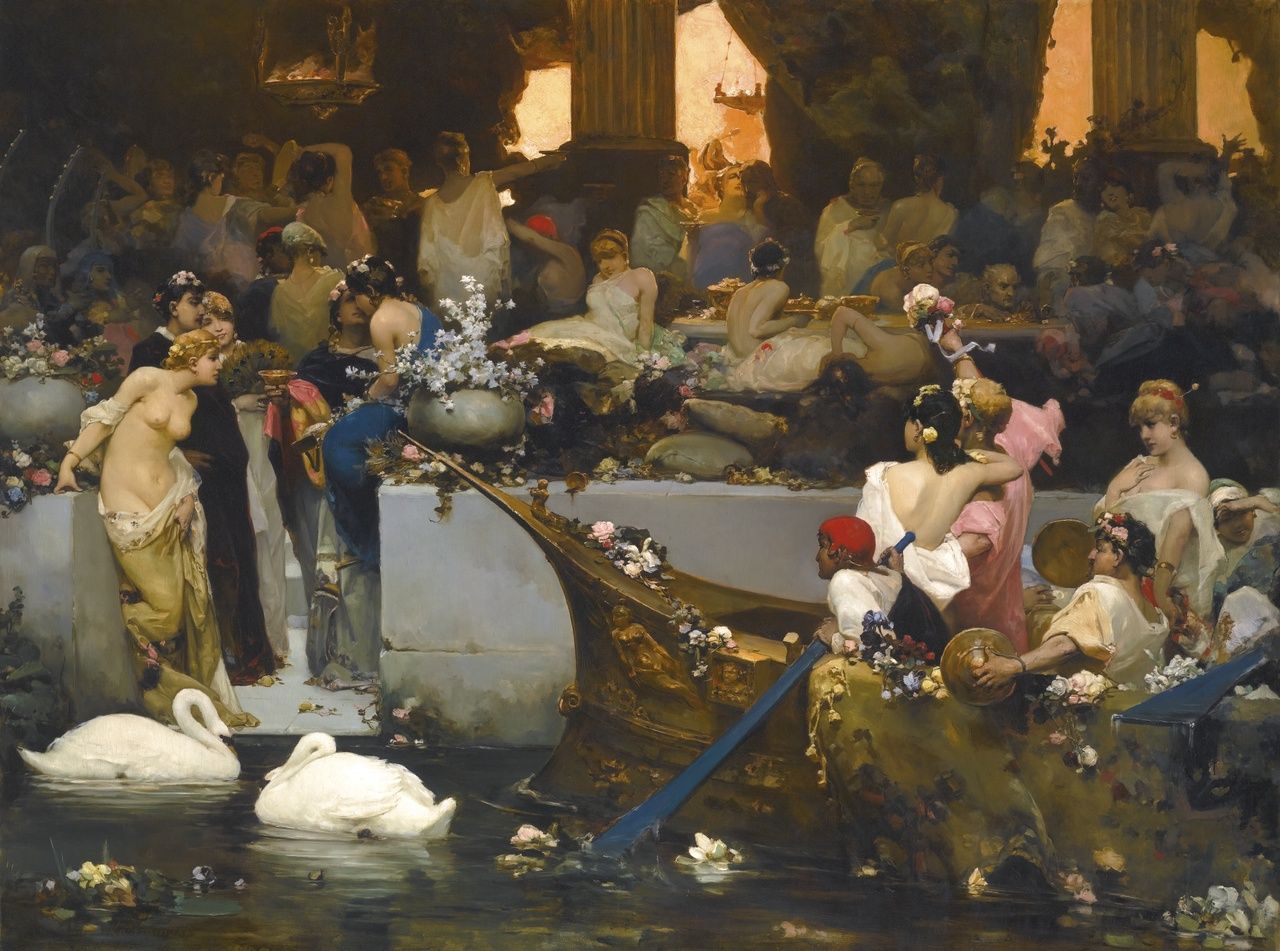 Born in Poland, William A. most of his creative life in Kiev Kotarbinsky. Fundamentals same artistry was in the School of Art (1867-1871) and Roman Art Academy (1872-1875), where money was sent to the Society of Fine Arts in Warsaw. Studying in Rome and life in Italy, after graduating from the Academy, of course, had an impact on the scenic B. Creativity Kotarbinski. Apparently, due to their external beauty and sentimentality of his paintings of mythological and biblical themes. He liked music and painting, full of characters, mystery, science fiction visions. For a while the title of the leading Russian Symbolist accompanied VA Kotarbinsky to sign “confessions” ambiguities represented in his paintings. in the artist’s life was crucial and very important for him to work, when in 1887 was at the invitation of artist PA Svedomski moved from Italy to Russia, in Kiev.

Here VA Kotarbinsky involved in the paintings of St. Vladimir (1887-1895). Generally, Kotarbinsky Wilhelm was a prolific artist. In Russian academic exhibitions (1898), introduced more than a hundred paintings and drawings. In the years before the Revolution, VA Care Kotarbinsky lot monumental work of art to decorate private houses known for their revenue Kiev. renovated in the Imperial Academy of Fine Arts had an academic “of fame in the artistic field,” which was awarded the VA Kotarbinsky in 1905.