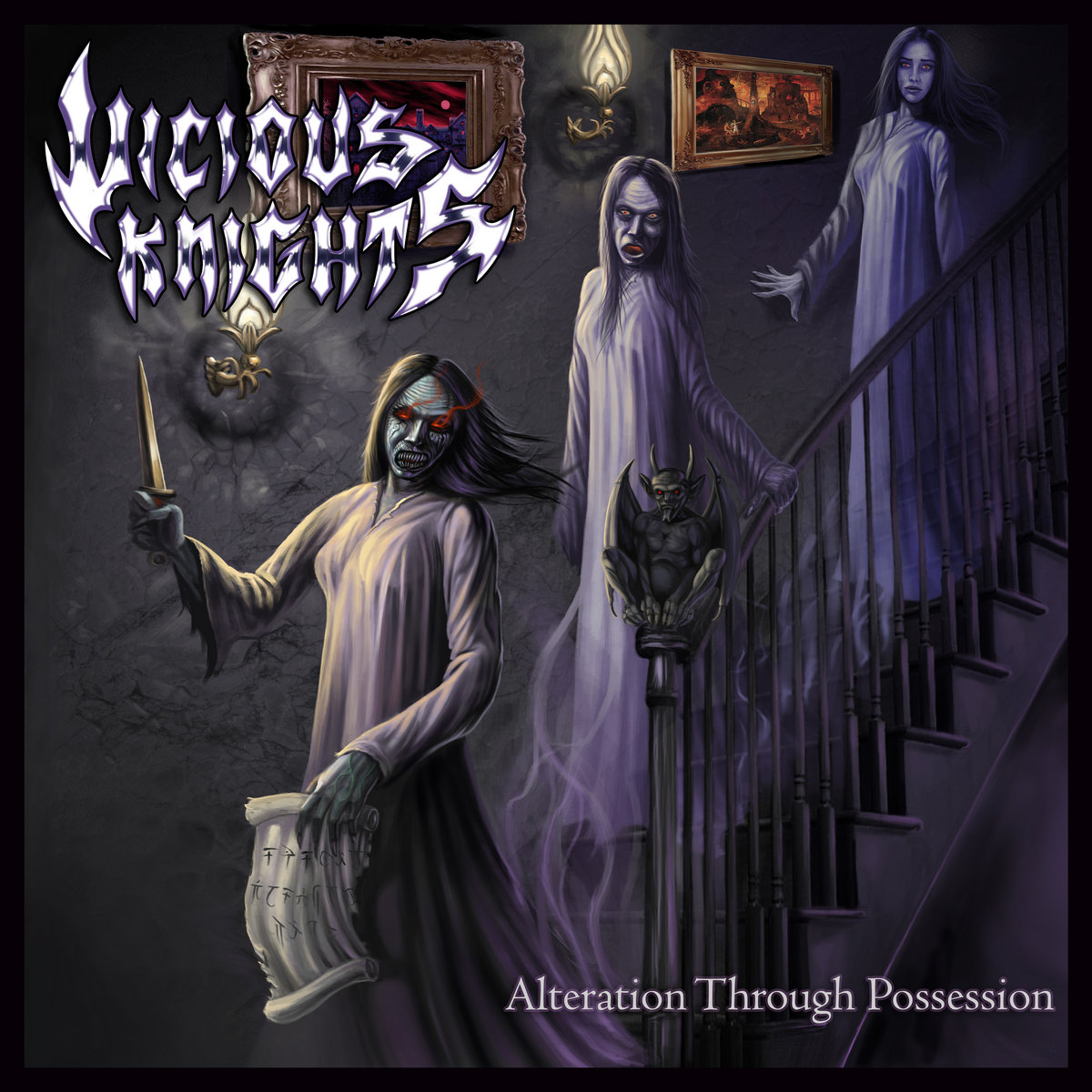 Alteration Through Possession with Vicious Knights

Vicious Knights is an old school death/thrash metal band screaming from Thessaloniki, Greece. The band was formed in 2016 by Antonis ‘Harvester'(Guitars/Vocals) and Liakos (Drums). Panos (Bass Guitar) entered the band a few months later. This 3-piece of a total maniacal band, has already unleashed, on CD, their first E.P. ‘Malevolent Spirits’, originally in 2018 and repressed in 2020 by the Canadian Label World War Now also on the CD. The band had many gigs in Greece presenting their first release and some of their newer material, greatly impacting the underground scene. After their already classic E.P., Vicious Knights are back to destroying the world with their first full-length album entitled ‘Alteration Through Possession’! In the musical veins of old Kreator, old Destruction, Possessed, old Sepultura etc. and the combination of ultimately horror lyrics, Vicious Knights will guarantee a terror to anyone’s ears.

The creative process comes to us very naturally. We have a vision for how the artwork should look and at the same time how our music should sound and be recorded.

We are not doing any rituals or having any special habits before we enter the studio, and we know when the time is nigh when we have already written and completed all the songs that we want to put in the album. So let’s say, if there is enough material to record, we proceed to the recordings.

We separate our philosophical fixation on life from what we say in our songs. For example, some of us have beliefs in specific religious quotes, but when we make music or write lyrics, we let our escapism and imagination take place!

How did I find metal? This takes us way back to the times we were in high school! Since we are not that old, the internet was our best friend to look for new music quickly. We all started with the classic metal bands such as Black Sabbath, Metallica and Iron Maiden, until we discovered bands like Venom, Destruction, Sepultura, Kreator and so on! At that moment, we knew this was what we wanted to play, and this is what expresses us more! One of the band’s favourite albums is Destruction ‘Infernal Overkill’.

Music is very important to us, and of course, it is a spiritual experience to unite anyone interested in it! For us, music is a way to express, feel and transfer your emotions to the audience and, most importantly, receive feedback in return! Through this procedure comes the entertainment, the fun and the communication with the people!.