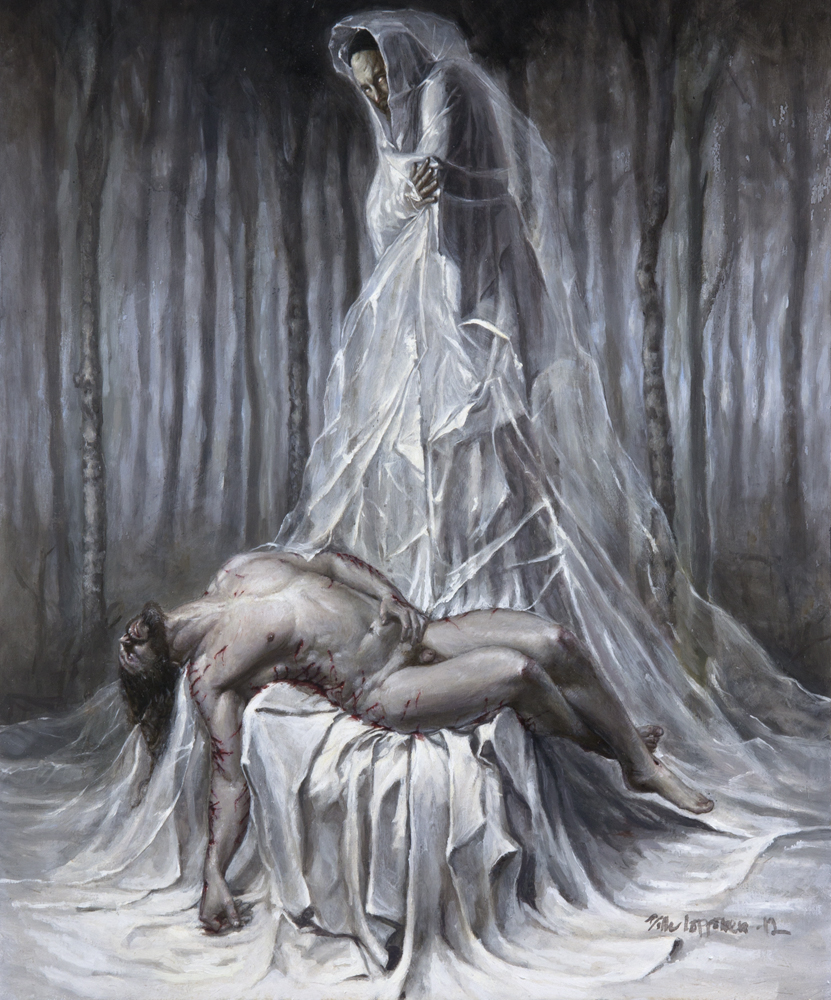 Graphic novels and popular imagery meet the classical painting tradition in Ville Löppönen’s skilful, photorealistic, figurative painting. In recent years, his art has also been strongly influenced by Western Church art, and also by the Eastern tradition of icon painting. Löppönen is also a notable contemporary portrait painter. His imagery deals with the healing nature of Love and the human struggle with the self and its contradictions. He is also concerned with the conflict between religious service and ego-based artistic creation. Löppönen sees his art as being theological contemporary art. The painting process itself is an act of spiritual reflection or prayer.

Ville Löppönen (b. 1980, Savonlinna) graduated from the Department of Painting at the Finnish Academy of Fine Arts in 2007. He is currently pursuing Master studies in Orthodox Theology at the University of Eastern Finland in Joensuu. Löppönen has participated in group exhibitions in Finland and abroad, both in Europe and North America. His solo exhibitions have been shown, e.g. in Mikkeli Art Museum, in Mikkeli in 2015, and in the Bonnafont Gallery in San Francisco in 2013. Löppönen has also participated in art fairs including the VOLTA8 Basel Art Fair in 2012 (with Gallery Kalhama & Piippo Contemporary, Helsinki), and the TIAF Toronto International Art Fair, Toronto, in 2013 (with De Luca Fine Art Gallery, Toronto). In 2013, his portrait of the Finnish painter Henry Wuorila-Stenberg won third prize at Portrait Now! the Brewer J.C. Jacobsen’s Portrait Award in Denmark
From: https://helsinkicontemporary.com/artist/ville-lopponen