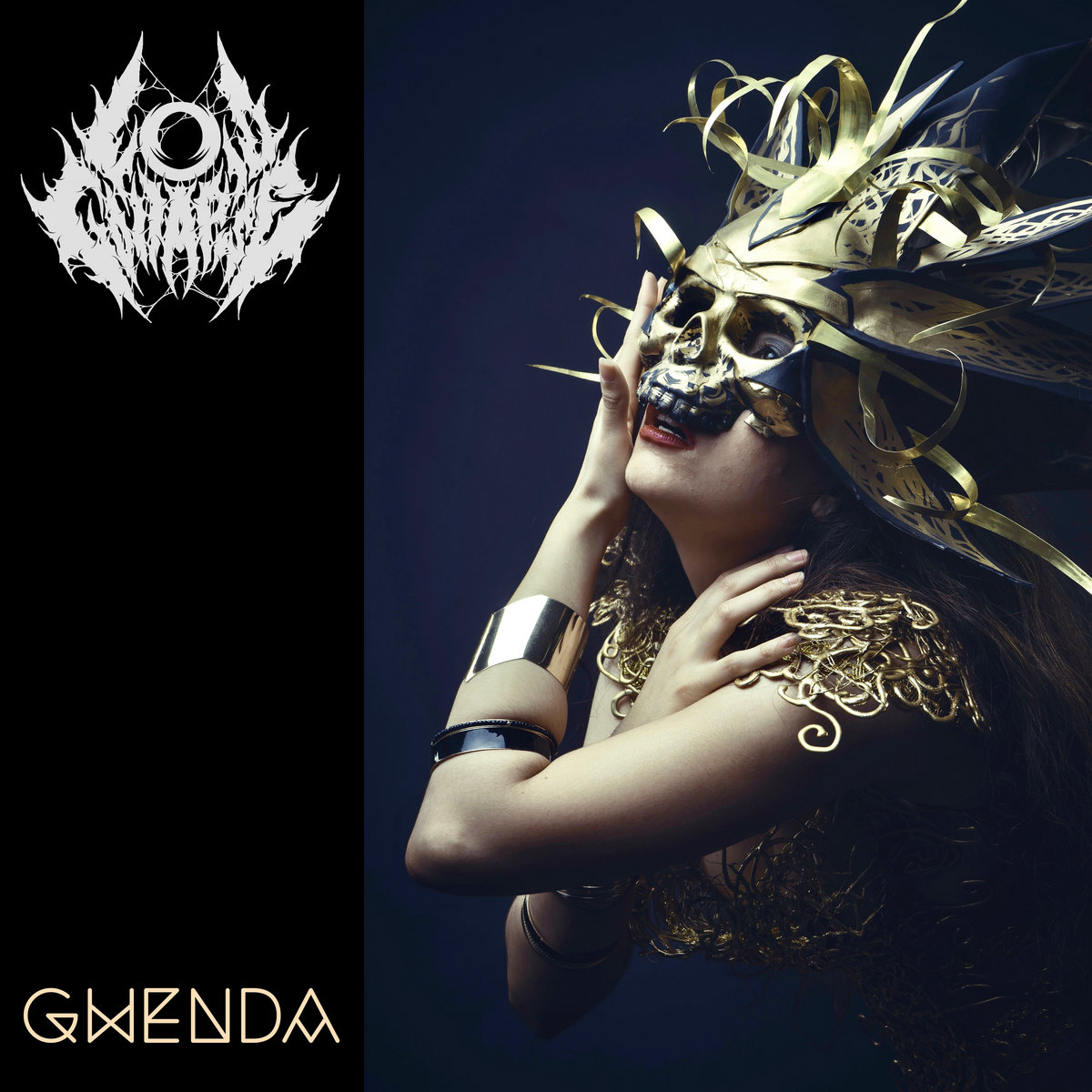 We’re a two-piece death metal band from Texas and Michigan. Shane Elwell plays the drums, and I play the guitars, synths, bass, and vocals. We released our sophomore album ‘Gwenda’; it’s the first in a four-part concept. We’re doing an album for each of the queens of the tarot deck. Gwenda is the Queen of Wands, and she kicks it off. I’m starting the Queen of Swords right now. Doing a four-album concept is a complex part. It’s more of an endurance test. I’m just trying not to waste time and get them out. All in all, it’s been enjoyable so far. This album came out close to how I wanted it to be.

We work separately. Shane and I talk about the project beforehand, the style and tempos, then he records. I fill those in after. It usually takes a year or so to do an album. I’m a control freak, and Shane is a session drummer. That’s the secret to a happy working relationship.

I’ve always gravitated towards photography for album covers. When I started looking for art for Void Collapse, I didn’t have a budget for anything, so I turned to royalty-free art/photography sites. I’ve found most of our artwork there. The artwork for Gwenda and all the model shoots I’ve found have founded the four-album concept. The fantasy photoshoots I’ve found set that up and gave me the ideas. The artist Fernando Cortez has a lot of great photoshoots on there. I grabbed a few images of his. I don’t know if I’ll use them, but his work that I used for Gwenda is the one I chose to open with. The Queen of Swords is up next. I have an image picked out. It’s not by Fernando, but it’s similar. Cradle of Filth used photography well, and that’s what sparked me to it. Most death metal bands don’t use it for some reason. Their t-shirts and album covers were awesome. I specifically cite the inside jacket for ‘Dusk and Her Embrace’; it’s like a movie scene and gets your imagination moving in tandem with the album. That’s what I want to accomplish always. The image takes your mind to a place, and the music sets the tone and atmosphere.

We’re both into a lot of the same death metal bands. There aren’t too many I don’t like as far as that goes. The Red Chord, Nile, Cryptopsy, Converge, Zao, Thy Art is Murder, Cannibal Corpse, Defeated Sanity, And Hell Followed With, to name a few. On the regular music side of things, there are a lot of influences also. The Beach Boys, Bjork, The Smiths, American Football, Sleigh Bells, Animal Collective, Taylor Swift, all sorts of stuff. I always think of more after I finish these things, haha. There are many elements to Void Collapse if you listen, even though the core is death metal. I’m a big pop fan and listen to it just as much or more than I listen to metal. Now, anyway, earlier in my life, that’s all I listened to.