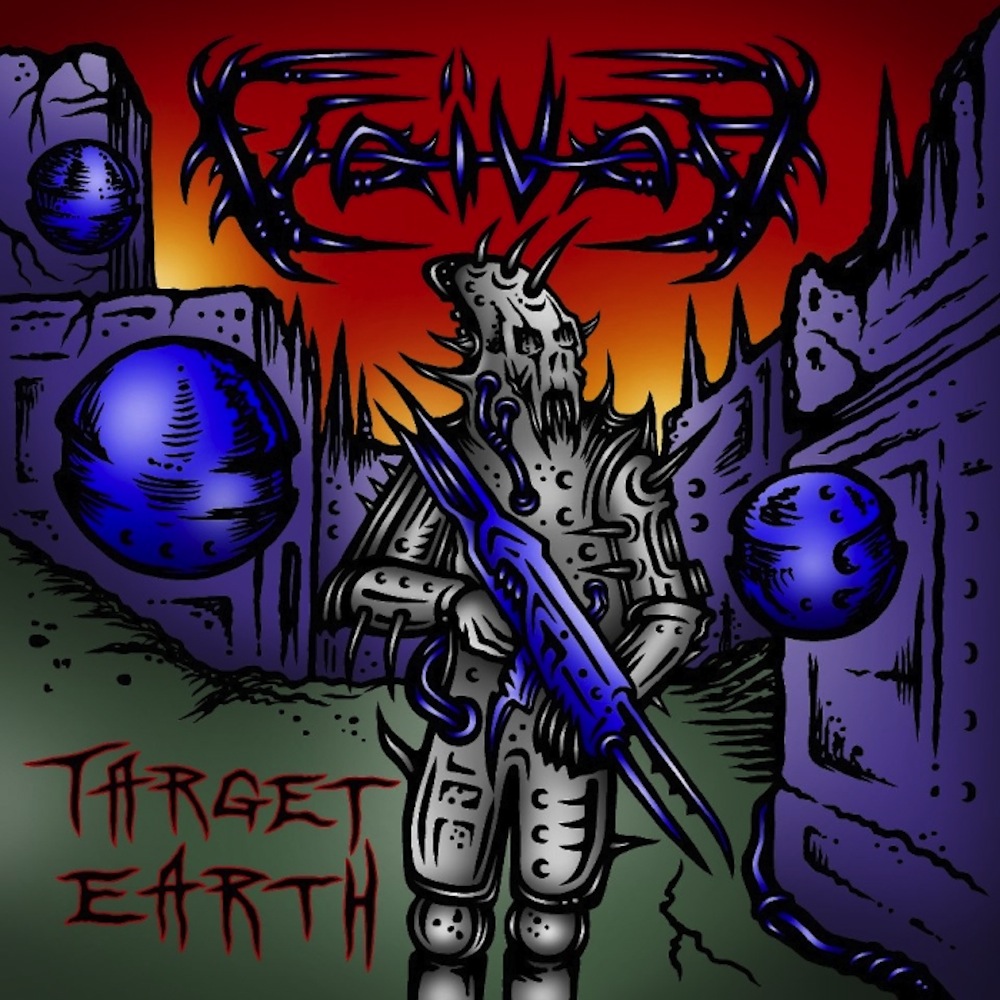 We are now connected

Without a doubt, Voivod is a band that has always pushed musical boundaries and they have gained huge respect in the years becoming one of the most cult and influential bands in the genre. Voivod formed in 1982 in Canada and in three decades they have seen numerous lineup changes including bassist Jason Newsted. The old singer Snake is now back in the band and you can feel the chemistry and unity within the members as soon as they hit the stage. I caught up with legendary band founder and drummer Michel “Away” Langevin on the first date of their tour at the London’s Underworld.

HMA: What was the idea for the 7″split LP with At the Gates?

Voivod: Well, we lost Blacky so we sort of restructured the band, he left the band last year. We got a new bass player, Rocky, so instead of writing the whole album, we decided to do it bit by bit. We have finished the new record and we are hoping to release another 7″. Maybe release like five 7″s and early next year write a new batch of songs and compile it into an album. That’s our main goal but it’s mainly because we’re sort of restarting in a way.

HMA: You think it’s better to release 2/3 LPs and tour in between each release instead of waiting longer for the tour by doing a whole studio album?

Voivod: Yeah, exactly. We just did with Napalm Death a North American tour and on the first day, we released online a new song so we have something to promote life and we play it live. That’s the way we’re going to try to do it. It’s a new thing for us.

HMA: Can we maybe expect a tour with At the Gates in the future?

Voivod: There is nothing planned right now, it’d be great though.

HMA: So right now you don’t have plans for a full-length studio album?

Voivod: Just early next year. Once we have four or five singles out then we can really concentrate on writing maybe five or six more. Then, with the singles and new stuff, we have a full album.

HMA: Is there ever going to be any collaboration with Jason Newsted in the future?

Voivod: We’re still in touch and he comes to the shows whenever we are in San Francisco but there’s nothing planned right now for collaboration. Jason has been a bit slow music-wise lately. He’s a painter as well and he concentrates on that side now.

HMA: You’re also an artist, what kind of technique is involved in your work?

HMA: Was it a bad decision to let you create the artworks for the album.

Voivod: We grew up about 500 kilometres north of Montreal, far away in the woods and it’s pretty cold there. It was out of necessity. I always did art but when we first wrote and recorded War and Pain, our first album, since I wrote the concept, developed the concept and the story of the Voivod character, I thought I’d be in a good position for me to represent it visually. Also, we didn’t know anybody who could do it and I decided to do it. I know the label Metal Blade they were very nervous because the drummer was doing the cover art but they were very pleased when I mailed the painting to them and supposedly, I learnt after, everybody in their office gathered around the package and opened it. They were like “Oh, nice art” so I just kept doing it.

HMA: Where do you get the inspiration for your artwork and paintings?

Voivod: Back then it was really like a mixture of metal like Iron Maiden and also more like a hard-core crusty punk so a mixture between the two I guess. Also, movies like Blade Runner, cyberpunk movement and other artists as well. As a kid I used to be very into the magazine Heavy Metal with Moebius, so all these artists really influenced me. Druillet, Philippe Druillet is my all-time favourite.

HMA: Music-wise, you have loads of different influences; I know that you’re really into punk rock. Do you think that translates into Voivod’s music?

Voivod: Yeah, definitely, when we started, we were really into Sex Pistols, The Damned, and then GBH and also a lot of anarchist punk, Crass and Conflict, they all really, really influenced us. When we found Snake, his vocals were already a mixture of let’s say Lemmy from Motorhead and Johnny Rotten from Pistols. He was very much into Iggy Pop and Dead Kennedys. Snake and I are really into punk but the other guys in the band, back then, were really into progressive rock music like King Crimson. I’m really into progressive rock as well, prog-rock, so it’s all mixture of all that. We were also really got into Killing Joke and Bauhaus and it really influenced us. But we are even into contemporary classical music and movie soundtracks. We were really influenced by that, like the Mad Max movies and bits and bits of everything.

HMA: What kind of music do you listen to now? Do you still listen to punk or metal?

Voivod: I’m really retro. If I listen to metal, it’s going to be more Judas Priest or Iron Maiden. If I listen to hard-core, it will be Discharge, Broken Bones. I have a very old taste. I know what is going on musically but I do not necessarily listen to it at home.

HMA: The old stuff is usually better. You played with many great bands like Judas Priest, Iron Maiden, Soundgarden and Faith No More to name a few;  If you could play with any bands, dead or alive, who would you choose?

Voivod: Maybe Van der Graaf Generator or Magma. Magma is a band from France, they have been around for 45 years now but I saw them last week in Quebec City and it was really amazing. It’s very strange music, they created their own language, they sing in some alien language.

Voivod: They are very good. Excellent drumming and they were a huge influence on me.

HMA: What kind of music do they play?

Voivod: It’s really dark, it’s progressive rock mixed with jazz some kind of metal and they have a quartet with them, two girls sing and a lot of musicians on stage. Magma is amazing, you should check them out.

HMA: I definitely will. Do you like being on the road? Which are your best memories of being on tour?

Voivod: Oh, wow. We have quite a few highlights. We did a tour with Soundgarden and Faith No More in 1990 and it was amazing and we did a tour the same year with Rush. It was amazing and loads of fun. Then in 2002 we did the Ozzfest across America that was really cool too. Where we are, for the past 32 years, we’ve been on the road a lot, love it. That’s why I keep going back to Voivod. I love to travel and play music, so yeah …Last year we went to Japan with Exodus and we went to South America with Megadeth. Really, really good.

HMA: Last question, where are you touring next and are you doing any summer festivals?

HMA: Tonight is the first date of the tour, why did you choose to start from London, was it just a question of logistics?

Voivod: Yeah, it’s sort of practice because we start in London and then we go around a circle and we end at Temples Festival in Bristol at the end of May. In the middle, we play in Barcelona Primavera, so it’s just convenient.

HMA: Thank you very much for your time, looking forward to the show.