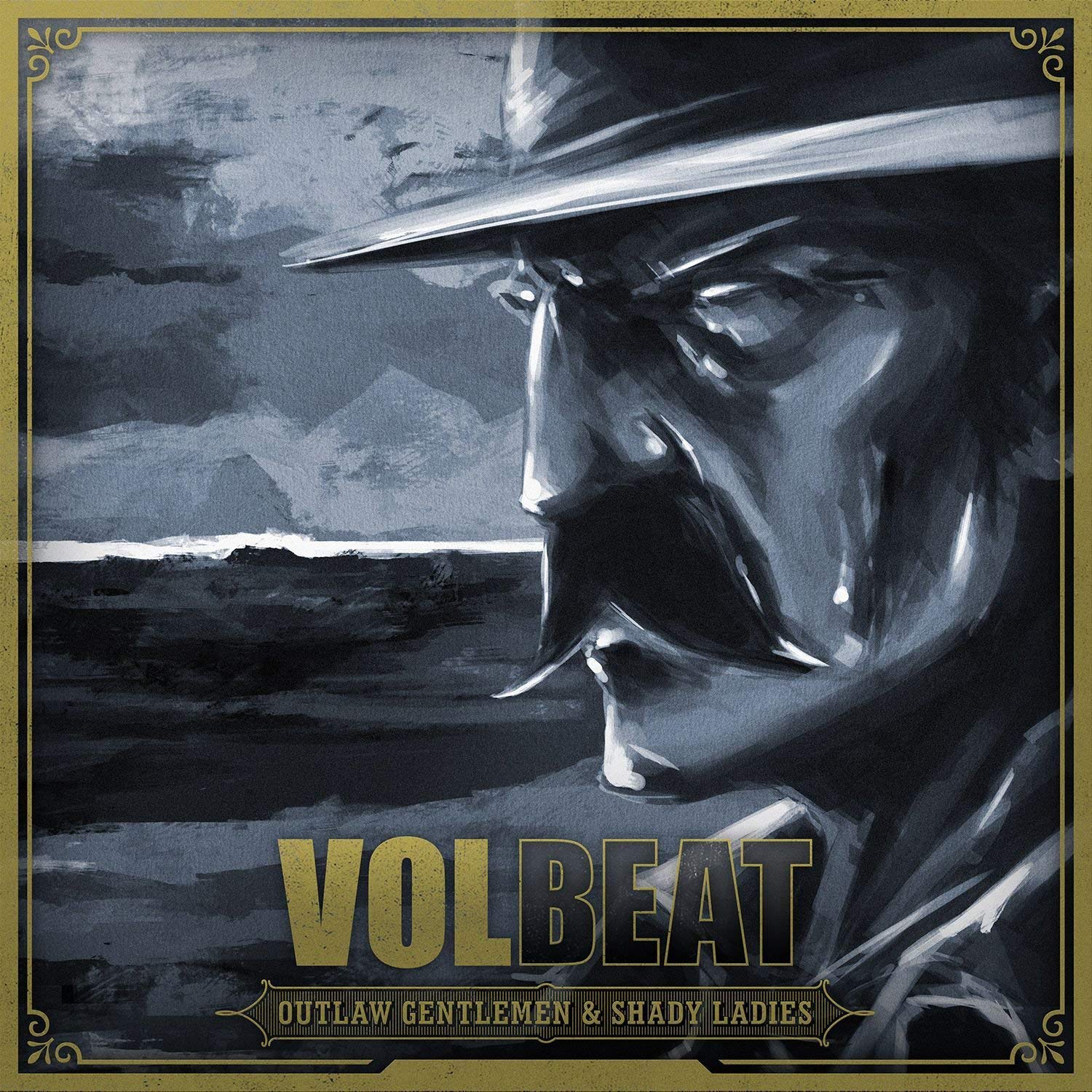 So sayeth Jon Larson; Whilst Rob Caggiano relates them to sponges… with a personal penchant for the paranormal and a ‘Lex Luther’ desire for Mind Control super-powers…

HMA: Are you having a good time so far? Everything going well?

HMA: You’ve been on tour for quite a while now haven’t you? I mean, this album’s nearly two years old now right?

Jon Larsen: Forever! So we’ve been touring since the album came out basically. Solidly.

HMA: What do you miss most when you’re on tour?

HMA: The latest album ‘Outlaw Gentlemen and Shady Ladies ‘… The album artwork seems to have changed slightly from previous album artworks: they were bronze-toned before. Was there a conscious decision regarding the new colouring? New band member, new direction etc.?

RC: No it’s just evolving. And I think the next album is going to be totally different probably, in terms of the artwork.

HMA: No clues are given then!

HMA: Who decides on the artwork?

HMA: Is it the same artist you’ve always used?

HME: If you had to relate your music to a piece of artwork, what would it be?

(Long pause whilst they ponder…)

RC: Well it’s an interesting question cos we don’t really think along those lines.

HMA: It’s interesting to me, the difference between the singer of the band and the other band members, as the singer tends to have more to do with the artistic side of things as well so the band are like ‘whatever! We don’t know!’

HMA: Ok, so what are your seminal album covers from any band?

RC: For me, it’s hands down The Number of The Beast – Iron Maiden. I think it’s the coolest cover ever.

JL: I think for a lot of us, especially of our generation, with the type of music we play, everybody remembers the Iron Maiden covers. If you mention Maiden everyone is like ‘Ah, yeah, Eddie’…. Those covers are so iconic and so detailed. And when you think about how much smaller CD covers are…

RC: Well yeah it’s that and the way it’s going now with all the downloading and stuff. I think the value of the artwork is definitely lower than it used to be. And that’s sad.

HMA: Are you as into the Western movie stuff as Michael obviously was when he started this?

RC: Yeah I mean to a certain extent. I don’t personally watch a lot of the Spaghetti Westerns as much as Michael does but yeah some of those movies are cool.

HMA: Where do your influences come from as it seems you pull them from everywhere? Is it influenced by what you are listening to at that point in time?

JL: Basically we play whatever we want to play and that’s how it started. If we wanna play like a more punkish Offspring type-of song, or country song, or metal song then we will just do that. I think it’s just a mix of anything, everything that we listen to. Anything. Like I said – from punk, to country, to metal, to rock, to radio hits. Whatever.

RC: Our brains are like sponges. We just take it all in. I listen to so many different styles. It’s not just rock or metal.

HMA: For our readers who may not know your history Rob – you’ve come from Anthrax; I noticed there was only a one month gap between the announcement of leaving them and joining Volbeat.

HMA: Did you know you were going to work with Volbeat before you left Anthrax?

RC: No not at all. It started as me just coming in as a producer on the record and things just clicked really well when I was out there in Denmark and that’s basically what happened. It was just like the timing was perfect. Worked out well.

HMA: I’m assuming the both of you have tattoos…

RC/JL in unison: I have one.

HMA: You only have one each? (Incredulous)

JL: Yeah, we’re chickens. I didn’t ever want to get another one. It hurts. I got this one when I got married; ‘Till death do us part’….

RC: My mum got highly offended with mine. I got one that was inspired by HR Geiger. A biomechanical kinda thing. I don’t know…

HMA: Was that just for the sake of it or is there a story?

RC: Yeah it was just something I got when I was way younger and I just kept adding on to it.

HMA: Other than the tattoo has he (Geiger) influenced you in any other way?

RC: Oh his artwork is – it’s amazing! The stuff he did throughout the years. Just the dark feel of it. It’s just really amazing.

HMA: Have you ever been to his museum?

RC: No. I’ve been to the area many times but I’ve never been to the museum. There used to be a room at the Limelight in New York that was a Geiger room. A lot of artwork and stuff all over the walls. It was amazing.

HMA: Any other artists that have influenced you Jon? Any particular artwork, photographs, sculptures… things that have left an impression?

JL: No not really. Well, Movie posters, Movie artwork… I mean there’s so many like Star Wars, the Exorcist, Halloween when that came out… Jaws…

RC: Amityville horror… I was just at that house the other day. I was working on a record right down the street and we went by at night, like around midnight, and took pictures and stuff. Creepy vibe!

HMA: You should have snuck in.

RC: Yeah but there’s people who live there now…

HMA: Probably not a good idea to go breaking in then! Speaking of creepy… ‘Room 24’ was obviously inspired by Michaels sleep paralysis episode. Although he did seem to mention evil spirits in other interviews… Do you know if he believes in the paranormal? Do you believe in it?

RC: I do. I’ve seen some weird stuff. I caught a ghost once on my phone. Just taking pictures…. There was nothing there whilst I was taking pictures and then when I looked back on them there was this fucking ghost.

HMA: If you had a paranormal superpower what power would you want?

HMA: Would you be more of a Lex Luther or Superman – evil or good?

RC: Probably a little of both.

HMA: When I was younger we used to play a thought game; the Deathly Dinner Party. If you could invite five people who are dead to a dinner party who would you invite and why would you want them there?

HMA: What do you think you’d talk about?

JL: I’d just sit there dumbfounded… and maybe ask for an autograph! If you care to see Volbeat this year they are playing a one-off gig in the Thousand Year forest (Tusindårsskoven) on the 1st August. The band will be celebrating the tenth anniversary of the release of their debut album – The Strength/The Sound/The Songs – and have planned an evening for the ages, with unique stage production, and a set encompassing songs spanning their entire career.