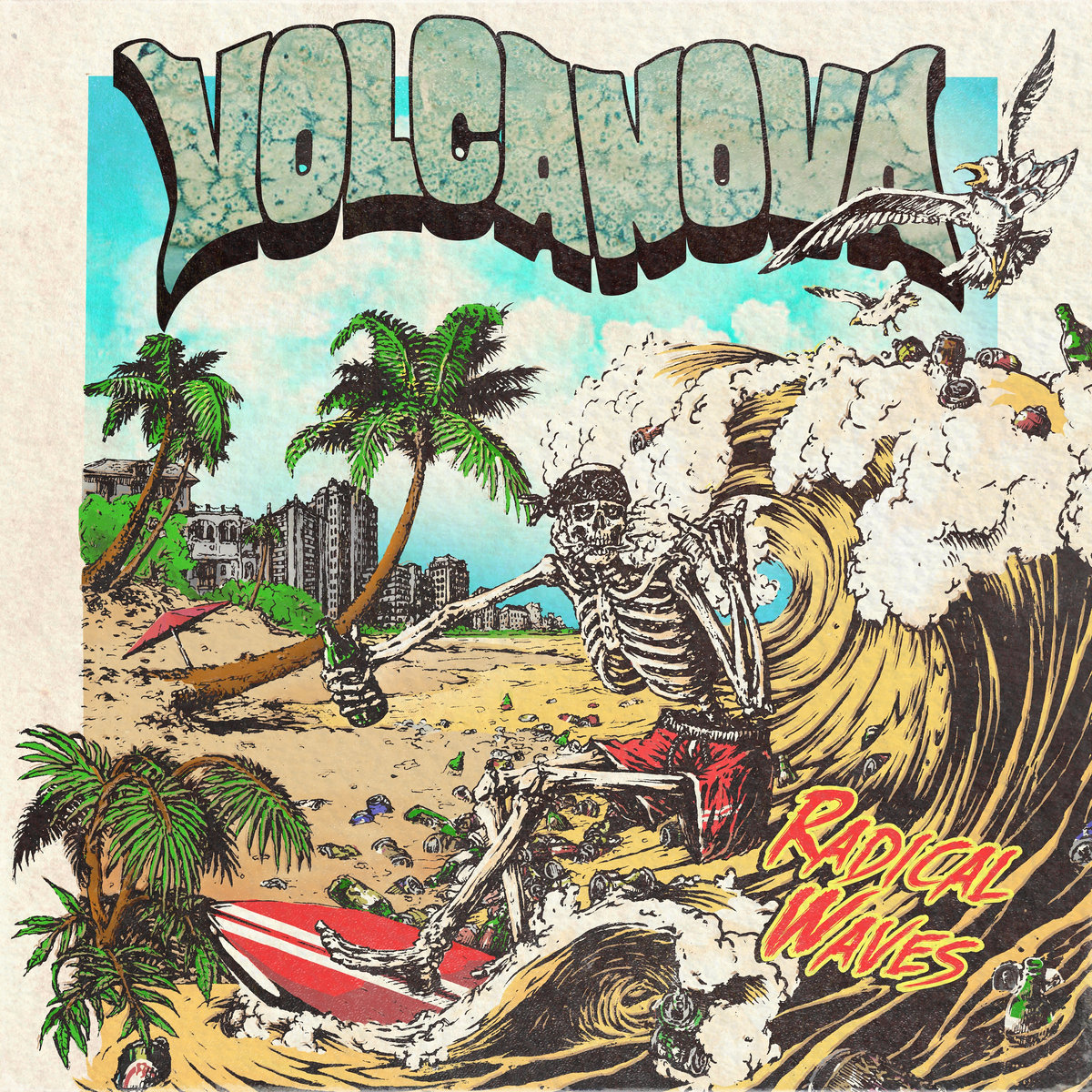 Volcanova means new volcano and the name came up a few years ago when Sam was in class studying about the Icelandic landscape and natural disasters. The conclusion of the songs that we had written, which became ‘Radical Waves’ had a topic that we could all agree upon, which is party and death. However, that was never the plan to have that kind of theme. We always found the songs quite radical, and it’s instead that we were aiming for, and then Dagur came up with the name, there are also other fantastic albums with waves in the title, Rush has ‘Permanent Waves’, Focus has ‘Moving Waves’, and now there are ‘Radical Waves’.

When we all came together in 2017 after some lineup changes in the band, we decided that we wanted all to play stoner rock, that is the genre we were all excited about and were listening to a lot. We have similar bands that we look up too like Clutch, 1000 Mods, Elder and of course the godfathers Black Sabbath. We can’t describe ourselves in what style we play, we kind of decided that we just wanted to play what sounds good to our ears, So ‘Radical Waves’ has a few styles to offer through the listening.

Stoner rock has been the genre that we all have connections to the most. The genre is fun to work with because it focuses on finding a big psychedelic and the heavy riffing sound. You can also say that it is a little bit of a nerdy genre when the interest and love of amplifiers and effects come together.

You could say that our main focus comes mostly from the topic of having a good time, partying and having fun. Then we also have strange topics such as ‘Sushi Sam’ (The junky devil roams the world in search of his next dose of sushi to maintain his human form). ‘Super Duper Van’ (A van that takes the gang through a never-ending ride through endless space). Although we also focus on personal topics like on our last track on ‘Radical Waves’ called ‘Lights’. The song is written in memory of our dear friend and former bandmate of Dagur in the band ‘Churchhouse Creepers’ Bjarni Jóhannes Ólafsson. The song tells the story of his battle with depression.

We would say that the album artwork fits our music well because the concept of the album is where party and death meet in the middle. So some of our songs have a party upbeat fun grooving and other ones have more dark and heaviness to it.

We did the album artwork in collaboration with our good friend Skaðvaldur; we had kind of decided what we wanted. Something radical. A skeleton, with a bandana, surfing in a sea of beer. Radical right? So when Dagur got the idea he just pitched it straight away to Skaðvaldur, and he made this magnificent artwork, this was the first thing he came up with, and it was perfect.