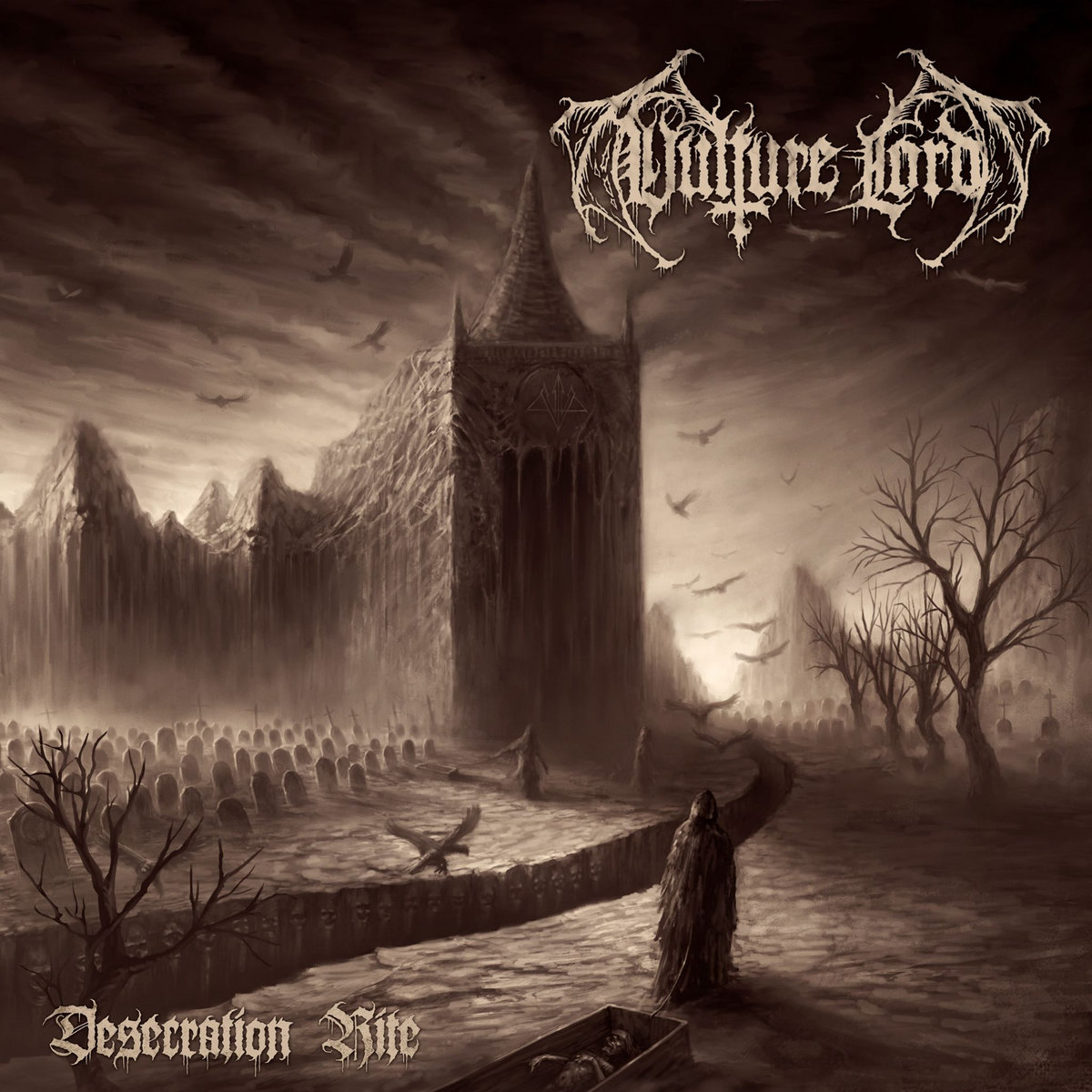 Way back in 2002 and 2005, we recorded demos for what was meant to become the second album, ‘Stillborn Messiah’, but when Nefas and I chose to concentrate on our new band, Beastcraft, Vulture Lord was laid on ice. However, during the next years, Nefas still worked on even a third album, and in 2010, he recorded one of the new demo tracks at my studio. We had plans for a prerecording of the album when everything came to a halt due to his premature death in May of 2012. Now, 20 years after the first album was recorded, we are incredibly proud to bring the legacy of Nefas and Vulture Lord a step further. As Uruz and I had the honour of including Malphas and Enzifer in the new line-up and recording of the ‘Desecration Rite’ album, we felt stronger than ever.

It’s hard to single out highlights. I think we’ve had strong material all the way, and I am just pleased to see that I, to this day, can stand 100% behind everything we have done. I have no problem discussing anything, but things that I would have like to have avoided are the constant repetitions of delays that have followed the band through the years; this album is by no means an exception.

I heard the call back in 1991, when I got into the very beginning of the black metal scene here in Norway through my fanzine, Obscure Epitaph. Both my band and zine was immediately twisted from death into black once I became aware of it and this has been my path ever since. Vulture Lord was actually created more as a homage to the eighties scene and the bands I grew up with, so it’s black death/thrashing metal, a sub-genre in itself I guess.