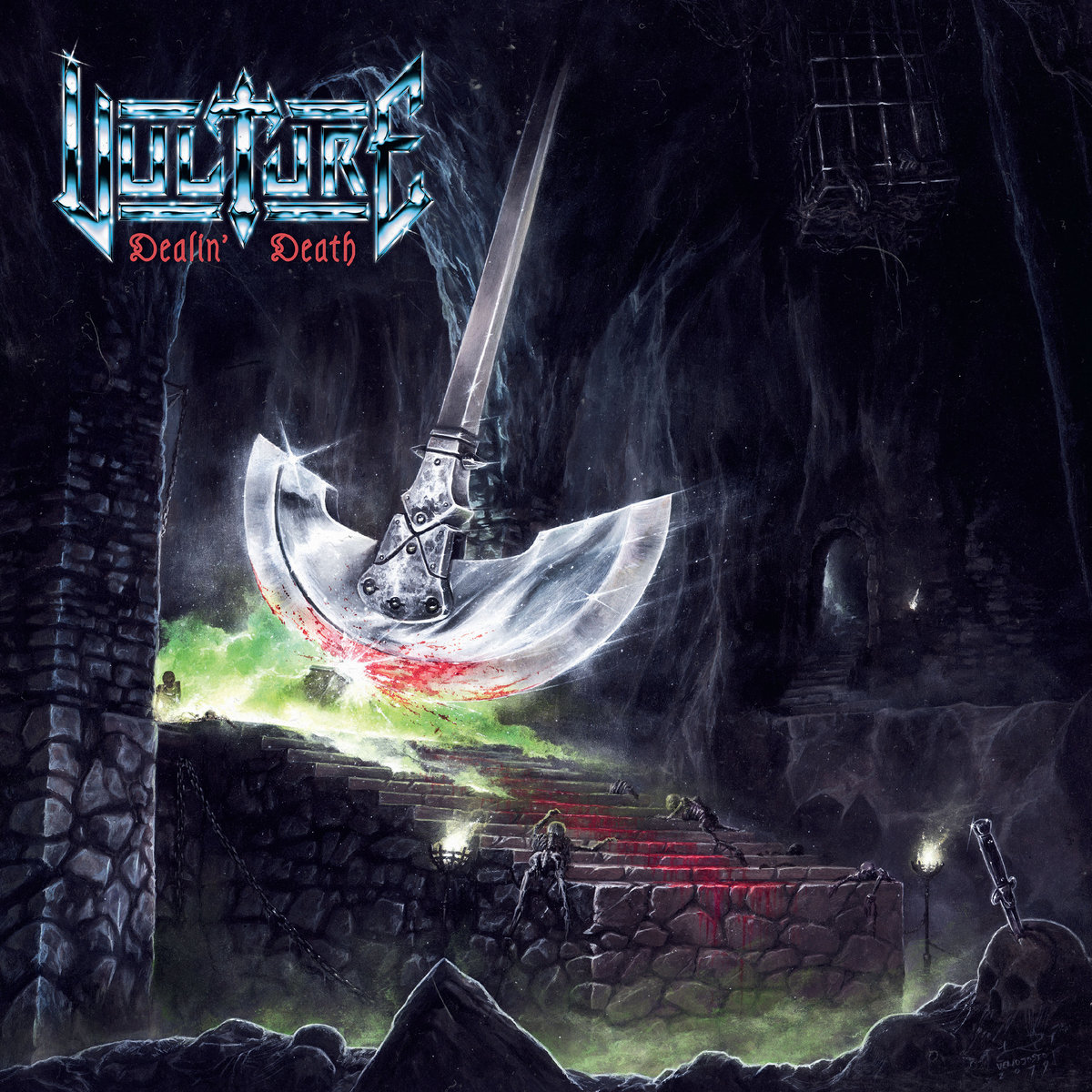 Since we’re living far apart from each other, we’re working out our ideas from home. We tab stuff or record ideas and then discuss everything altogether. That also worked out pretty well this time. Part of the songs was written on tour with ram back in 2019. There, we could exchange ideas directly and get instant feedback from each other. That felt pretty good, too. After everything’s been written, we did demo recordings and noticed that we still might miss sth to make the album feel complete. Gereon then came up with the construct to a song that would later be Star-Crossed City. That’d complete the whole thing for us.

Normally, we would’ve just met in Hellforge Studio. This time everything went different. We had a lot of struggles, schedule-wise and had to book a studio here in Dortmund. That’s just a few meters from where I live. So the boys would gather along with Alex from Stallion, who recorded everything in Monkey Moon Studio. We’d stay in my place and work till midnight every day. It was exhausting but very much worth it.

We’re all busy with “real” jobs next to the band. So heavy metal is the most welcome way to get out of your usual 9-to-5-job-life. We tend to put a lot of energy and passion into songwriting and artworks and stuff. Everything’s mapped out, from opening riff to shirt design.

When I was 9, I was gifted my first stereo and Deep Purple’s Made In Japan. Later, when I was 14, my sister got a boyfriend like that, played in a band and got me into a lot of stuff, including playing the guitar. The first record I got on my hands was probably Destructions ‘Eternal Devastation’.

There are moments in life where it calls it spiritual. Mainly, for me, it’s a thriving passion that involves every aspect of Heavy Metal. From songwriting to live shows over layouting and talking artworks. Everything. The best feeling ever is that heartbeat-moment when you came up with a good riff idea or the teeth-clenching when you listen to something that’s just “IT!” for you.