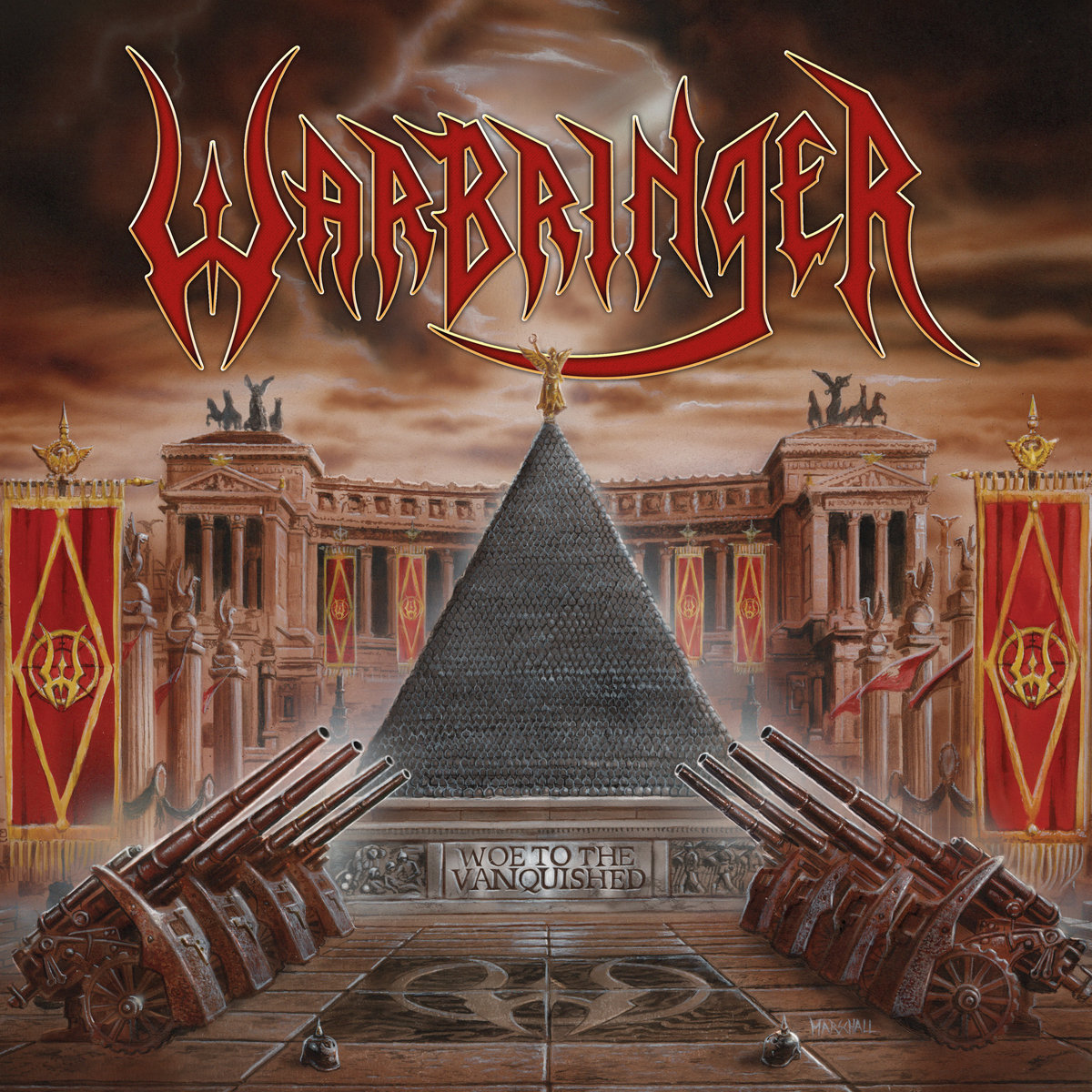 Warbringer has continued to evolve throughout its  4 albums into the most lethal band in thrash, and delivers a monumental  5th record in ‘Woe to the Vanquished’. Taking the more progressive and ambitious leanings of ‘Empires Collapse’ and tempering them with pure, unrelenting violence. The result is a unique hybrid strain of thrash and extreme metal that ranges from all-out speed assaults such as “Woe to the Vanquished” and “Shellfire” to the biggest song the band has ever done, the 11-minute ‘When the Guns Fell Silent’. Warbringer makes a triumphant step forward on this record, it’s an absolute must for anyone into metal today.

Warbringer is a band focused on delivering high-velocity riffs, as vicious and lethal as possible, with as many interesting stylistic twists and turns in the songwriting as possible, all delivered at the highest possible standard of musicianship and performance. Thrash metal evolved, in a sense. We begin at a very young age and start working towards this goal, on our new record ‘Woe to the Vanquished” I think we can finally say we’ve really achieved it.

‘Woe to the Vanquished’ was a huge personal struggle for me, but one, in hindsight, I am very pleased I went through. After the release of Empires Collapse, Warbringer basically exploded and it was left with just me and guitarist Adam Carroll. Furthermore, our record deal had ended and we basically had nothing at all going for us. It took me 3 years to rebuild and then re-rebuild the band before we were able to get together the music for Woe to the Vanquished and record it in early Fall 2016.

The writing began as lyrics I had tied with scattered Adam riffs and some of my own song structure ideas. Adam wrote the main riff-sets for ‘Woe to the Vanquished” and ‘Descending Blade” early on, but the songs weren’t quite ever finished until Carlos Cruz rejoined the band. With the songwriting team of myself, Adam and Carlos we worked very swiftly and effectively, and I was able to put some of my own more conceptual and abstract ideas into play because both Adam and Carlos were very willing to work with me on this stuff and write music to go with some of my ideas. It was therefore very collaborative and written mainly by the three of us, though new members Jessie and Chase added some really killer instrumentation on bass and lead guitar, respectively that really enhanced the songs.

The artwork was made by the great metal artist Andreas Marschall, whose work many will be aware of. He and I wrote back and forth about the cover. I used a photo from 1918 New York City as the basis, which is a pyramid of 12,000 German helmets, a rather morbid victory monument. Andreas decided to take out all the people and replace them with cannons, we agreed on a color scheme, and made the buildings behind look like a huge imperial palace, with a deliberate mixture of ancient Roman and 20th-century fascist type look to make a cover that really captures monolithic evil.

As a band, we are inspired by heavy metal, the power of the riff. We enjoy something from almost all of its many forms and incorporate whatever we think will work or serve our ends well. For me, I am often writing about history, a passion of mine and the subject of my studies. I intend to become a professor at one point in life and am somewhere along that journey. I put a couple songs on different aspects of the First World War on the record, ‘Shellfire’ and ‘When the Guns Fell Silent’ to capture the violence, bitterness, and spiritual desolation of this absolutely titanic event. ‘Remain Violent’ deals with modern-day police violence, ‘Silhouettes’ deals with the total annihilation of civilization, and blames us living today for it. ‘Divinity of Flesh” deaths with my scientific humanitarian personal philosophy, which is based a lot on that espoused by Carl Sagan. There’s a lot of different stuff on the record lyrically and I encourage listeners to really check it out.

Well for our songwriting we do have principles. We want to be relentless, fast, aggressive, and brutal. But within that, we also want to be as catchy as possible, and also to do it in interesting and unconventional ways. We also do not like to have unnecessary repetition in the songs, preferring to have songs that move between parts pretty rapidly to give a real sense of frantic speed.