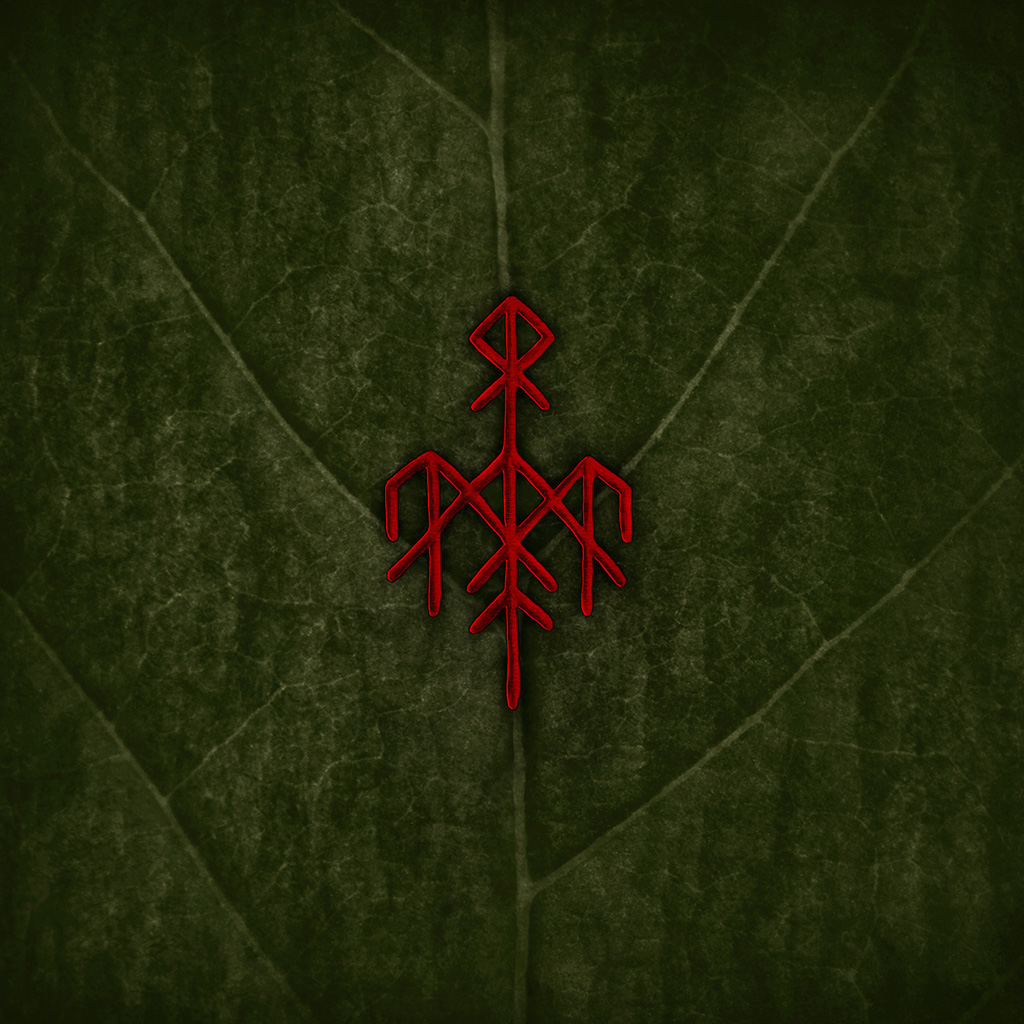 Wardruna is a Norwegian music group founded by Einar Kvitrafn Selvik. In 2009 Wardruna enchanted their listeners with their mesmerizing debut album ‘gap var Ginnunga’, which also was the first part of a planned trilogy. In the ensuing years the group have spent a lot of time on adapting their music to a live format and establishing a live band. This resulting in a handful of very special concerts, perhaps most notably when they performed in front of the majestic 1100-year-old Gokstad ship at the Viking Ship Museum in Norway.

With the use of the oldest of Nordic instruments and poetic metres as well as lyrics written in Norwegian, Old Norse and Proto-Norse tongue, Wardruna is now, after nearly three years in the making, finally ready to return with the second album in the ‘Runaljod’ trilogy entitled ‘Yggdrasil’. Multi-instrumentalist and songwriter Einar Kvitrafn Selvik has, together with vocalists Kristian Espedal (aka Gaahl) and Lindy-Fay Hella, managed to make a strikingly beautiful and intense continuation of what was started with their first album, but without falling into the trap of merely repeating themselves. ‘Yggdrasil’ is also graced with guest appearances by renowned Icelandic composer Hilmar Örn Hilmarsson and Iceland’s leading rímur singer Steindór Andersen.

The ongoing ‘Runaljod’ trilogy is a musical rendition of the 24 runes in what is often referred to as the elder futhark. Some of the recordings are done outdoors in places or under circumstances of significance to each rune. Wardruna primarily use old and historical instruments such as primitive deer-hide frame drums, Kraviklyra, tagelharpe, mouth harp, goat horn, lur and more. Non-traditional instruments and other sources of sound like trees, rocks, water and torches are also used.

All of these elements are carefully woven into a rich musical landscape and complemented with whispering voices, melodic song and mighty choirs. Although Wardruna’s music share characteristics with music typically labeled as folk, world and/or ambient, none of these genres can really describe their unique style. It truly must be experienced. Drawing inspiration in equal part from folklore and ancient runes, Wardruna’s music is as powerful as it is unique.

HMA: With guest appearance from Icelandic composer Hilmar Örn Hilmarsson to singer Steindór Andersen and of course Gaahl (Gorgoroth, God Seed) Wardruna is not stranger to the metal scene.

Wardruna: We are heavily in a thematic that people in the world of metal are very familiar with as well as the Norse history and Pagan traditions. We are really going with both hands and in interpreting these topics more on their own ground.

HMA: Your second record “Runaljod – Yggdrasil” marks the second chapter in Wardruna; can you tell me if this record has fully embraced your vision?

Wardruna: Firstly I’m very happy with the album and proud of it as I was with the first. I think it’s important that you make music that you yourself would like to hear and on that prospective I’m really happy with the outcome. It was a difficult album to make because Wardruna or this trilogy has a really complicated concept. The music I make is to the Runes of the Elder Futhark and my goal is to interpret each of these symbols on their own premise. That means that I use the sounds and instruments that complement the Rune I am working with. Even the location on where I record and at under what conditions is also relevant Rune. What this means is if I’m working with Rune of the birch trees, I will go into the forest and I play on birch trees and implement that into my music. Or if I work with the water element I go to a lake and I either stand there singing or play on the water. And that makes the whole thing very time consuming and our work very difficult.

HMA: It took four years since your first record was released and as you said these records are so complex that requires a lot of time to conceive and produce.

Wardruna: Yeah definitely the whole process is very time consuming, judging well if you compare it to “Runaljod – Gap Var Ginnunga” the seven years it took me to make the album I would say that I’m getting there. I’m getting quicker and quicker but I made a promise to myself when I started that I will not take any shortcuts that the integrity follows the creative concept. I would take no shortcuts and no cheating. As I could easily chop the table leg and get the same sound but I believe that consciously or subconsciously the listener will know the difference when I’m out in the forest playing on actual birch trees rather than a table leg in my studio. So my goal is always to capture this spark or energy.

HMA: Can you tell us about the language and the trilogy?

Wardruna: I use Proto-Norse Runes or the Elder Futhark, which has 24 Runes so I interpret eight Runes on three albums.

HMA: It’s a bit looking too far ahead but what happens after you release the third album what direction are you planning tool take after the third part of the trilogy is released?

Wardruna: I have tons of ideas even before I started working with the trilogy so this is just beginning.

HMA: Staying with the Runic symbolism, why is this topic so important? And how does this fit it in the current era?

Wardruna: I think that’s a very good question because Waldruna it’s not about re-enactment, it’s not about trying to be Vikings or that everything was much better back in the days. What I usually say is that I am making something new with something very old. Because the point is that there are a lot of things from the Old Norse traditions which I feel is just as relevant today as it was like fifteen hundred years ago.

I use the Runes because I find them to be a very good image of man’s relationship to nature and to each other and also something bigger than you. So that’s something that I think most people can relate to no matter where you’re from or what age your are. Also the old songs are lost so we have to make new ones. So if you want to make something grow you need to look ahead more than you look behind but that being said a tree without roots will fall.

HMA: On your website I’ve red that your focus is to recreate the North Cult music language and also the Forgotten Golder and the Seder. Can you tell me more about these topics?

HMA: On your two records you have the symbols at the centre of the covers. Are they a combination of the Runic letters? And what do they signify?

Wardruna: They signify “Wardruna” and it has different meanings and some of them are personal. The core of it is Warduna and that is the “guardian of the Runes”. Usually people think that the word Rune is only the graphical form of the letters but the word Rune can mean knowledge and wisdom it can mean a letter, it can mean a confidential conversation, to whisper, a magical song, etc. So whenever you read the old text and you see Runes it can mean many number of things. But modern Runes traditions don’t pay to much attention to these things and that’s why modern Runes tradition sadly enough is full of rubbish.

HMA: And that takes me to the next question. Are young people in Norway or Northern Europe in your experience, do they have any interest in thier heritage and history? What is your take on that?

Wardruna: It depends on what extend one could expect people to be interested in it. Because in schools is hard to find good knowledge because is either too complicated or over simplified and when they teach these things in schools to children is often over simplified and is impossible for children to take it seriously. That being said there is an interest growing both in Norway and especially in other places in the world. People are reading the Runes and about the Vikings and the Norse Gods but sadly there are a lot of fundamental misunderstanding especially when it comes to the Runes.

Like the New Age Movement that was born in Britain and United States at the of the 70’s or early 80’s. What they did was basically take the Runes of the Elder Futhark, which by the way is the set of Runes that we by fact know the least about, and added their own personal interpretation. So what they did is taken the Runes and combine them with Tarot cards, astrology, kabbalah, numerology, etc. So what they made this new thing up which has very little to do with the original tradition. So all of these books should be marked with a big disclaimer. My advice to people… if you want to learn about the Runes you have to start by building a solid foundation, solid ground and the way to do that is to find out how we know and what we think we know about the Runes by studying the source.

HMA: With the arrival of Christianity this tradition was interrupted as well as disrupted. Do you think that could have been one of the reason and like you said in the 70’s or ‘80’s we had a massive revival, perhaps because Christianity does not have the same authority on people? Now people are trying to find their roots and they kind of struggling if like?

Wardruna: Yes definitely. Freedom of religious rights is really a new thing so I understand and totally accept the fact that there is a lot of misunderstanding. Christianity and a lot of monotheistic religions have destroyed these traditions all over the world. The spiritual plague!

HMA: Thanks for Einar for joining me and look forward to your gig.