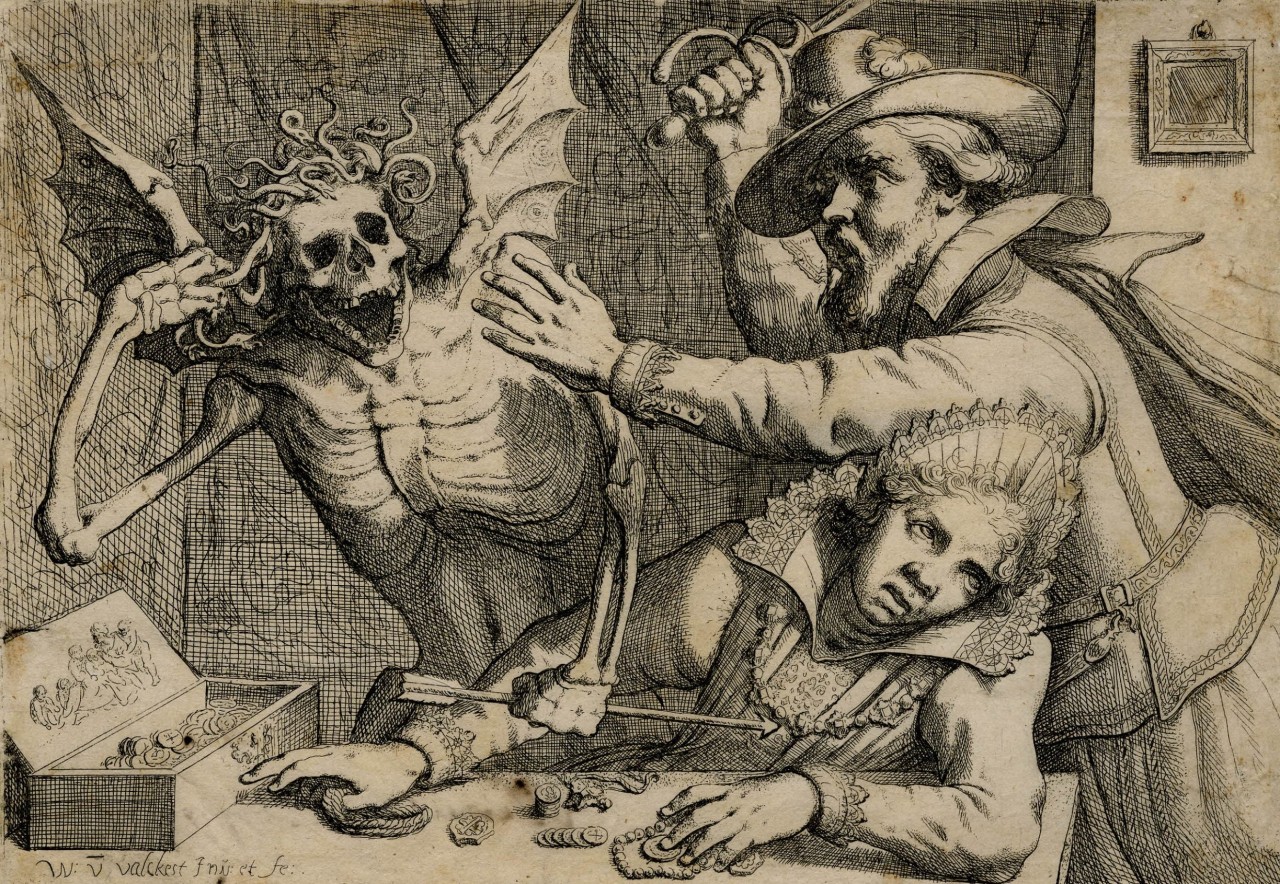 Werner van den Valckert (ca. 1585 – after 1635) was a Dutch Golden Age painter and engraver. Though he was born in Amsterdam, he became a member of the Guild of St. Luke in the Hague between 1600 – 1605. By 1614 he had moved to Amsterdam, because his daughter was baptized there. His earliest dated etchings are from 1612. His surviving paintings are historical allegories and portraits. He also made a prestigious schutterstuk, which features the Amsterdam burgermeester Albert Burgh. According to Houbraken, he was a student of Hendrik Goltzius.

He painted a series of 4 paintings showing a doctor as angel, Christ, a man, and the devil; these were all based on engravings by Goltzius. These paintings are now in the possession of the Boerhaave Museum, which has other similar series on display. He also made a series of 4 paintings about relief for the poor, now in the possession of the Amsterdam Historical Museum.