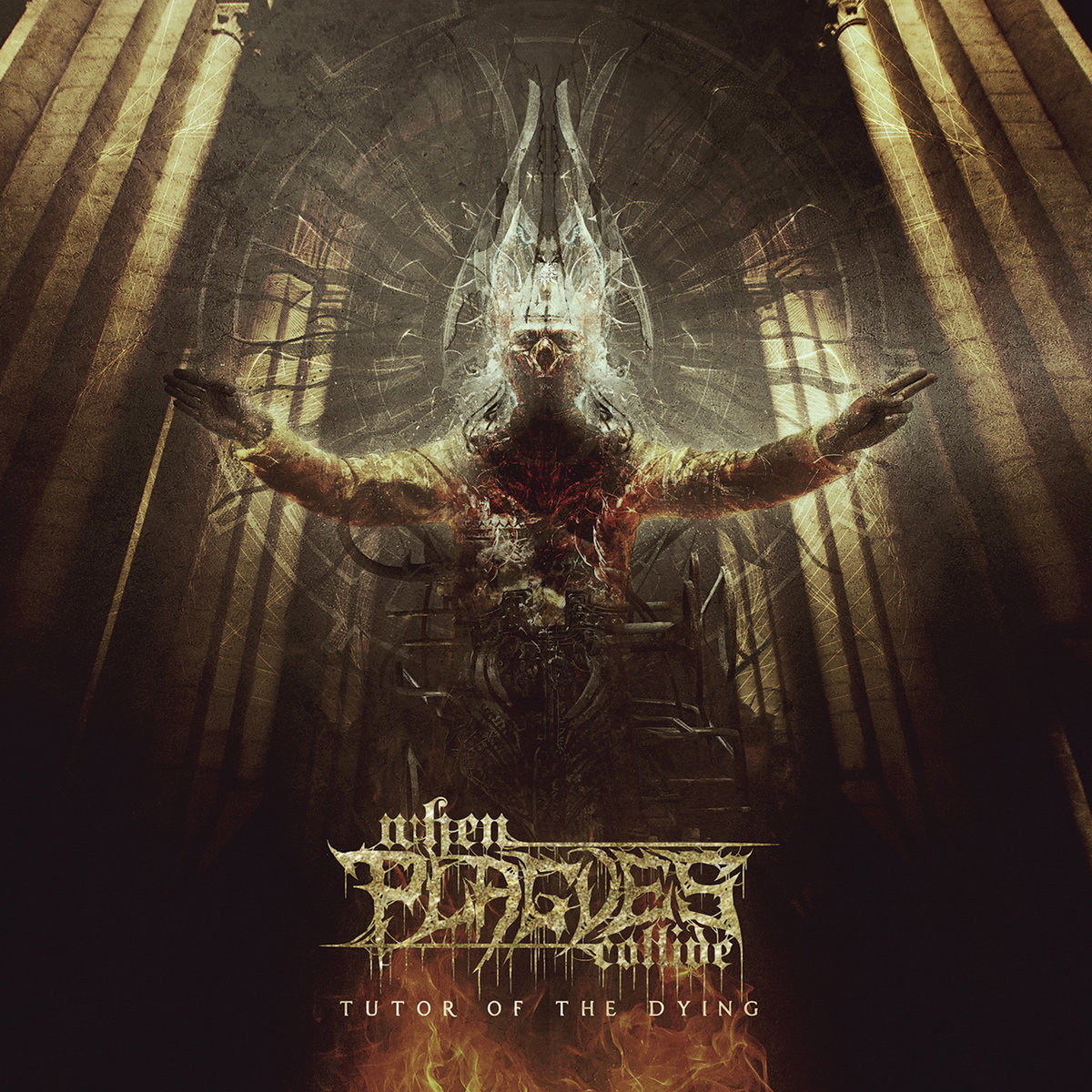 Tutor of the Dying By Wouter Dergez

We are When Plagues Collide, a five-piece symphonic deathcore band from Belgium. We’ve been around since 2016 and have released two albums ‘Shrine of Hatred’ and ‘Tutor of the Dying’. Recently, we have released a new single called ‘Elizabeth’ featuring the amazing Misstiq.

We use samples as musical backgrounds. Just kidding! We all have experience in former underground bands but decided to start from scratch with When Plagues Collide. Only our drummer Siebe has a musical education studying pop and jazz drums.

I write the music, play the guitar Santy Van der Mieren (guitars) usually writes the songs and asks for our opinion. We all have our say about it and can adjust if there are parts we don’t like. As for the lyrics, Wouter does exactly the same. The recordings took place at the Project Zero Studio under the watchful eye of Yarne Heylen (Carnation). He never hesitated to share his opinion or idea’s to make a song even better.

If there is a preoccupation in our lyrics, it’s that we question just about everything. We’re talking about religion, politics, society, anything you can imagine. That’s exactly why we are called When Plagues Collide. We’ll put everything and everyone in front of a mirror, show them at their worst and as such try to make the world a better place.

In the artwork there is a figure, call it a man if you like, presenting the embodiment of death standing behind the altar of a church. He is supposed to be the ‘Tutor of the Dying’. We did not brief the artist, we saw the artwork online and all five of us were completely sold by how well the concept fits the music. It tells the whole story of the album.

In the early days of metal, escapism was where the focus used to be. They provided a way to escape the problems of the world. These days, however, we’d say realism is more adequate. Facing the problems and acting accordingly.