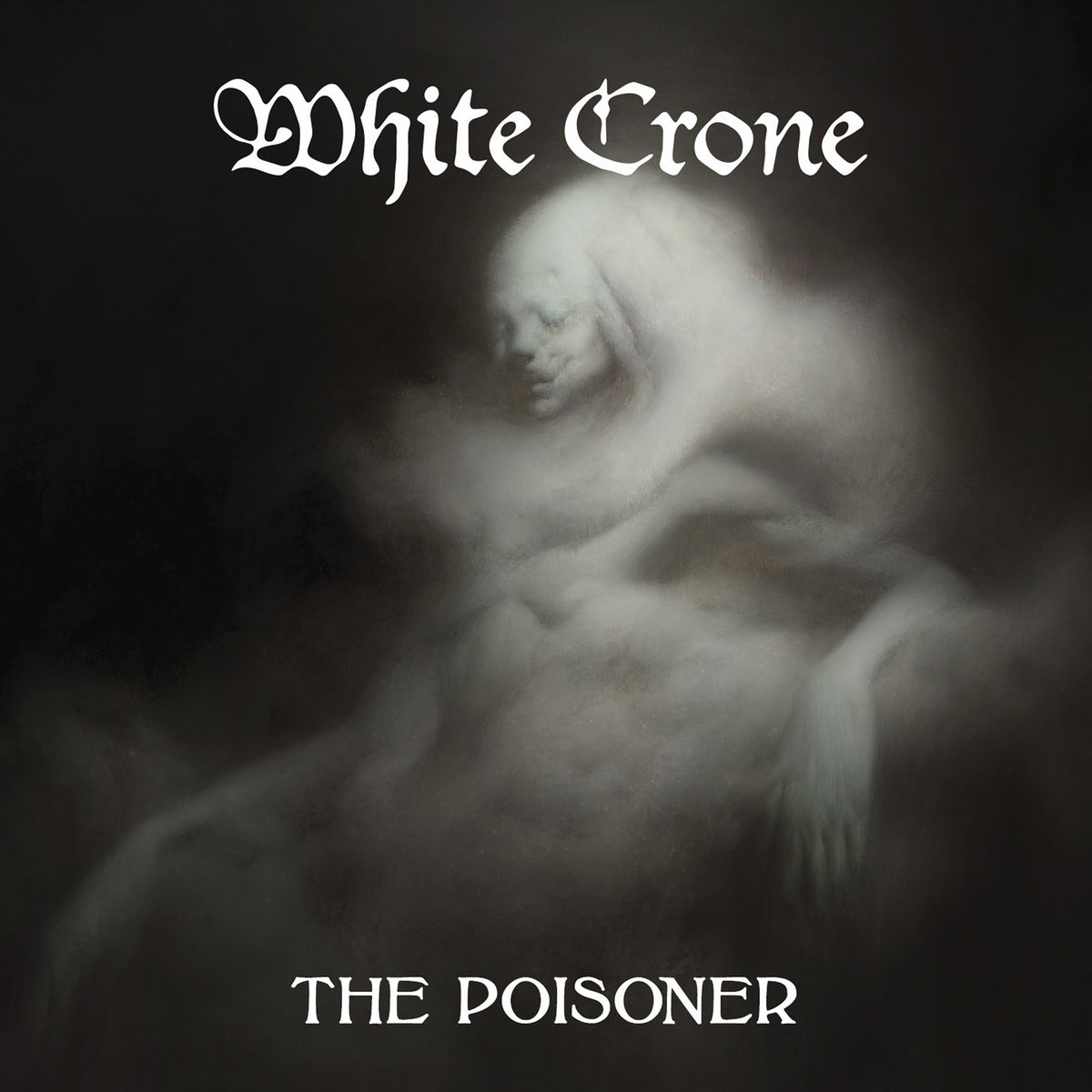 Lisa Mann made a career as an award-winning blues artist but never lost her love of metal music. Growing up in the mosh pits of the 1980s, she was inspired by bands such as Iron Maiden, Mercyful Fate, Black Sabbath, Manowar, Dio and more. White Crone is a mostly one-woman project, a love letter to this grand era of metal, and a lyrical homage to mystical storytelling traditions of yore. White Crone’s The Poisoner delivers Traditional heavy metal, with traces of prog, proto and doom. Lisa performs vocals and bass guitar, as well as guitars. Renowned drum instructor Larry London provides the drums, with former Black Sabbath/ Dio drummer Vinny Appice guesting on a track. Former Glacier guitarist Mehdi Farjami and percussionist Caton Lyles also provide guest performances on this album produced at Opal Studio in Portland by Kevin Hahn.

I started playing bass and singing at a very young age. I walked home from school for lunch period and saved my lunch money to buy my first bass guitar. At first, I played along with bands like Deep Purple and Led Zeppelin, but one day a friend gave me a copy of Iron Maiden’s Killers, and I was off to the races. I played and sang along with the first five Iron Maiden albums; I was hooked! I also became a huge Dio fan, as well as Judas Priest, Mercyful Fate, thrash bands like Slayer, Megadeth, and Destruction, and more. At 16, I helped form crossover band Dead Conspiracy, but soon after split off. I wanted to work as a musician, so I played top 40 rock for many years in the Pacific Northwest. Finally, I got into Portland’s blues scene and was off to the races again, having fallen in love with blues music. It’s in blues that I have made my career, having self-released multiple full-length releases. I’ve been blessed to win the prestigious Blues Music Award twice for my bass playing, and my latest blues release hit the Billboard charts.

But I had always wanted to write and record a metal album in the style of the classic metal bands I grew up with, but I never felt that true spark of creativity. Not until I heard the band Ghost’s album ‘Meliora’ and I started checking out their music. It was very retro, oddball, and creative and reminded me of that old school stuff I love. Soon I began hearing melodies in my head, and I began singing and playing them into a recording app on my phone. I collected so many; I began stitching them into full-length songs. Soon I had a full album’s worth. Then I had to decide- should I release this album? Am I running the risk of pissing off my blues fans? But I thought the songs were subjectively good and that other metal fans would like to hear them. I did pre-production for it at home with my Tobias bass and 8-string Kramer bass, a Roland V-drum kit, and a Schecter 7-string guitar which I bought and learned how to play just to complete the project. I enlisted my friend Larry London for drums, as he and I had worked together on a symphonic metal project (Cry for Eden) in the past. I asked Vinny Appice to work on a particularly doomy track; he and I had worked together before on a blues-rock song. And Mehdi Farjami did some stellar solos that I knew I had no chance of pulling off. The final recordings were recorded, mixed, and mastered by Kevin Hahn at Opal Studio, who has done many of my blues releases. He is a fellow metalhead and records a lot of metal bands, so it worked out perfectly!

I would definitely highlight my bass playing and singing, as that is my main forte. I would also highlight the songwriting as being a more traditional style of heavy metal, with roots mainly in the 70s and 80s NWOBHM and FWOBM, but with a more modern production. I would avoid discussing my guitar playing, and how much I had to rely on the studio process! But, yeah, looks like I just outed myself there.

My music isn’t black metal, but it is influenced by the first wave of black metal for sure. Mercyful Fate and Venom are influences. I even do a Venom cover on the album and also a hint of Celtic Frost. But obviously there are a lot of NWOBHM influences, and I clean sing in a more operatic rock style. But I love the black metal aesthetic, and I really wanted album art that would convey that stark imagery. The songs are dark and gothic, and I needed to match that flavor.

My lyrics are very mystical, and somewhat centred around the mystical nature of the alter ego that is White Crone. She is the wise woman, the storyteller. I have songs about an ancient Titan goddess, an immortal assassin, a dread zombie curse, and an ancient Mayan king who was a patron of the arts. I have a couple of songs that are about the darkness of life, one about how girls are abused by their own mothers throughout history, another about how we treat the mentally ill and homeless. I think a theme that runs through is admonishment. Admonishment to mess with evil at one’s own peril.www.facebook.com/whitecrone