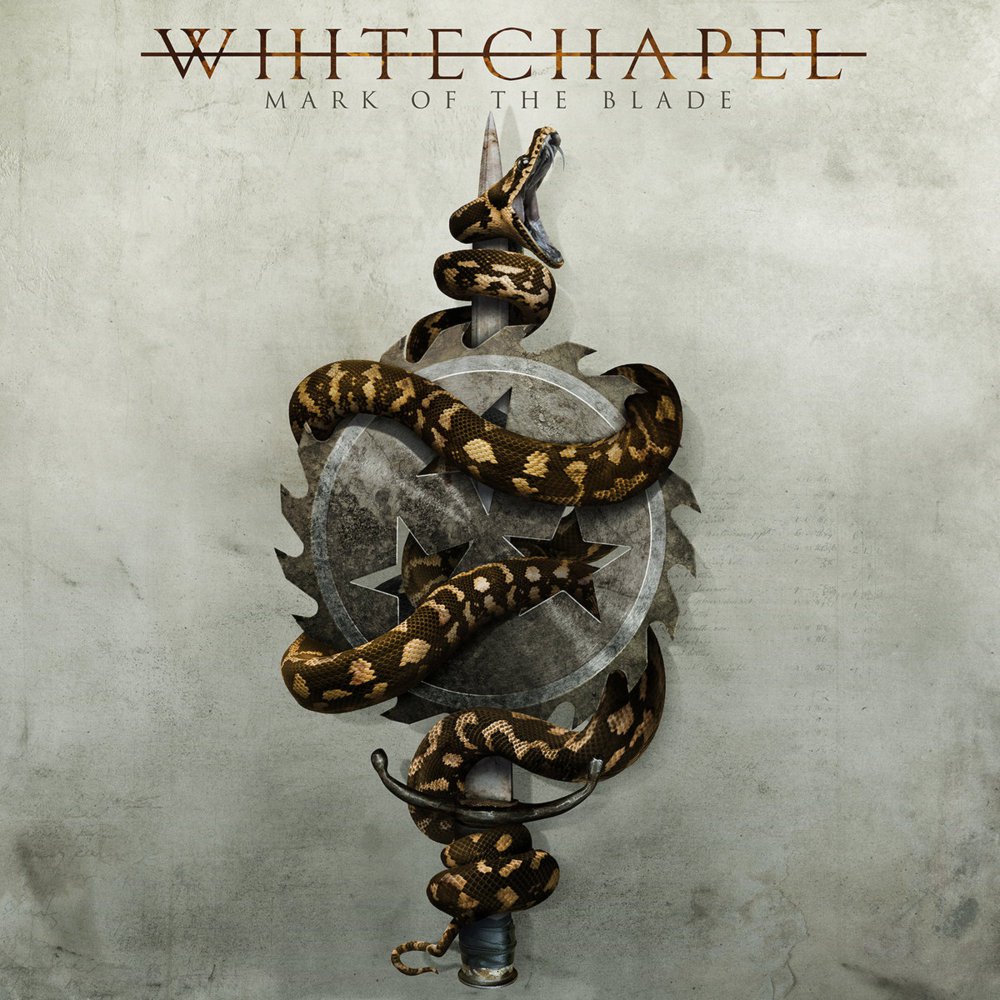 “The theme of ‘Mark of the Blade’ is a celebration of Whitechapel being together for ten years and the fans that support us no matter what,” states vocalist Phil Bozeman, and after just one exposure to the record’s 11 riveting tracks, a more fitting tribute is unimaginable. Pushing their sound forward with each successive release, the sextet has never allowed anyone outside of their ranks to dictate or influence the music they write. Mark of the Blade sees them remain true to their roots while making their most dramatic progression to date, the emphasis falling more on groove than blast beat-driven death metal violence, as well as venturing into previously unexplored territory, both sonically and lyrically. “It’s the most dynamic record we’ve done, in the sense that one song can be very aggressive while the next one will be softer and sentimental,” guitarist Alex Wade asserts. “I think it’s great that we have opened up our sound to just write and play whatever we think sounds good. If it’s soft and has clean singing who cares as long as it’s a good song? I would rather do that than be closed-minded and stick to only the ‘extreme’ side of metal.”

“This record plainly states ‘this is who we are’,” Wade asserts. “We know we have fans that depend on us just as we depend on them, and this record displays that deep connection. In the end, that’s what it’s all about.”

HMA: What makes ‘Mark of the Blade’ unique?

Zach Householder: Well the most obvious thing that makes it a little more unique than the last few records is the involvement of clean singing and some more experimental writing without sound.  This record isn’t just straight death metal.

HMA: We have ‘Bring Me Home’ and ‘Decennium’ with clean vocals, what made take this direction?

ZH: As I stated before, we wanted to experiment and push forward with our sound. It seemed like a logical step and it didn’t sound forced or unnatural. The music is as accessible as it has always been.

HMA: You are often cited as being one of the artists that gave birth to deathcore. Would you agree with this statement?

ZH: I didn’t know what deathcore was until people started calling Whitechapel that years ago. I don’t really want to be remembered as a band that defined a sub-genre of a sub-genre.

HMA: Can you talk about the video track for ‘Elitist Ones’? Interesting lyrics “This is what we have become, A self-absorbed population of scum”. Is civilization likely to implode?

ZH: Who really knows? It could happen tomorrow or 10 years from now.  Let’s just say I don’t have a lot of faith in humanity anymore.  I don’t want to lose hope but it keeps happening no matter what.

HMA: Does the video symbolize the viciousness of our culture?

ZH: I honestly don’t know. We can’t afford videos and our label tries to help out as much as they can but videos are expensive. We literally shopped the video around to a few producers and picked the treatment we liked the best for being the price.

HMA: Lastly… Anti-religion is a prominent subject matter in Metal bands. I wanted to find out what is your take on this?

ZH: I think it’s a very exhausting avenue that bands still keep trying to take. I understand it’s a cool theme for metal but it’s time to try out different ideas and concepts.