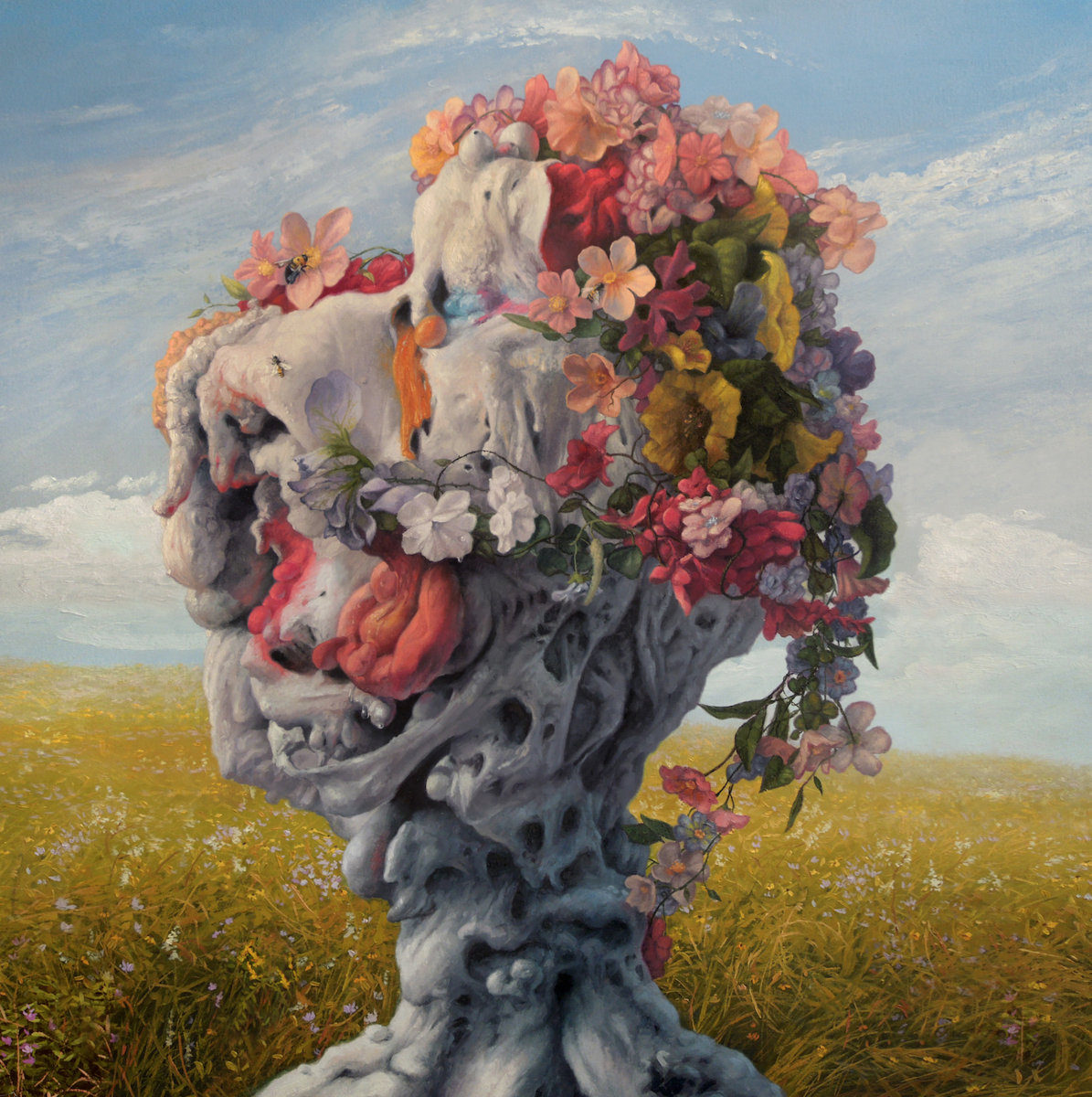 Veil of Imagination by Daniel Müller

The band technically started in 2008 with a totally different lineup. Evan had recruited more string players and the like in that iteration but things didn’t really come together until about late 2011 when the lineup as it is now was mostly formed. Wayne responded to an add Evan had put out for an orchestrator and got involved on guitar as well. Jon was recruited next as he and Evan were already playing together in a band called Replacire at the time and then it was Jon who knew me and got me in on bass.

As things progressed, I eventually started orchestrating alongside Wayne as we’re both classically trained composers and arrangers and it was that collaboration on Sleep at the Edge of the Earth that really solidified our techniques. Joe was the last one to join because, after college, Wayne moved back to LA and couldn’t handle lead guitar duties anymore due to his schedule so we hired Joe just to do leads on the record and the subsequent tour but soon became our full-time lead guitarist while Wayne contributed orchestrations remotely.

‘Veil of Imagination’ to me is our collective experiences as a band fully combined. It’s the most collaborative record we’ve done this far in the sense that we all spent a lot more time with the material individually and were able to flesh out the ideas and bounce them back and forth between each other. The influences on this record aren’t vastly different from what’s always inspired us but I think we were better able to wrangle our more left-field influences into our sound. Styles such as minimalist classical music, electronic music, and indie/folk music found their way into the album in a more controlled and subtle way.

The lyrics on Veil deal mostly with the idea that we lose sight of what makes the world beautiful and enjoyable as we get older. We lose that sense of wonder of embracing the new and instead try to fit our experiences into neat little labelled boxes that in the end leave us feeling more empty than before. As much as reason and rationality are important in our survival we also need to try and sustain a healthy balance of chaos and order in everything we do.

The album cover is actually a recently completed work by Adrian Cox that we fell in love with pretty immediately. The bright colours balanced with the subtlety grotesque figures perfectly encapsulated the duality represented in the lyrics. It’s such a striking image and we felt that this piece would especially stand out amongst the darker and more monochrome colour schemes of most metal records. The fact that we see our music as that colourful really made it resonate with us as well.

I guess if anything we are inspired by life in general. The mind is a fickle and immensely complex organ that we all struggle to understand. It’s that deep unknown that I think we draw most of our inspiration from. www.facebook.com/OfficialWilderun