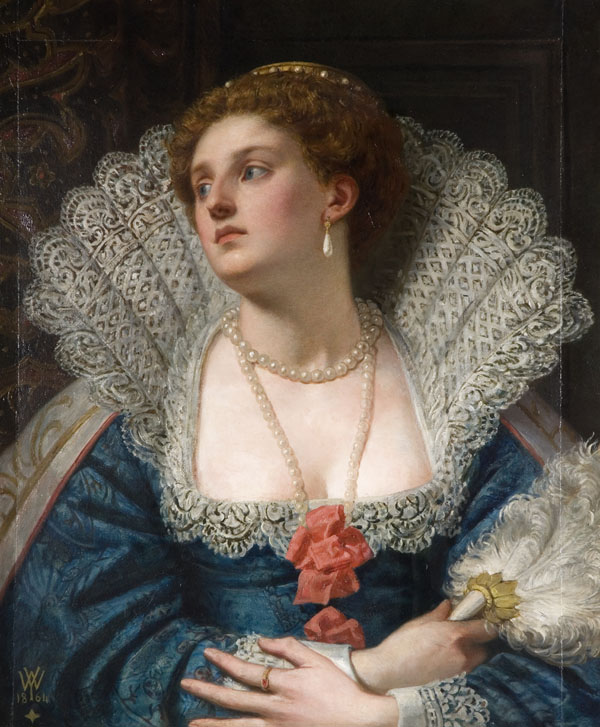 William Frederick Yeames (b Taganrog, Russia, 18 Dec 1835; d Teignmouth, Devon, 3 May 1918). English painter. The son of a British consul in Russia, Yeames was sent to school in Dresden after the death of his father in 1842. He also studied painting there. The collapse of the Yeames family fortune resulted in a move to London in 1848, where Yeames learnt anatomy and composition from George Scharf (1788-1860). He later took lessons from F. A. Westmacott. In 1852 he continued his artistic education in Florence under Enrico Pollastrini and Raphael Buonajuto, from whom he learnt the methods of the Old Masters. He drew from frescoes by Ghirlandaio, Gozzoli and Andrea del Sarto and painted in the Life School at the Grand Ducal Academy. He then went to Rome and made landscape studies and copied Old Masters, including Raphael’s frescoes in the Vatican.

His extensive study of Italian art gave him a precision and facility that assisted his artistic success upon his return to London in 1859. There he set up a studio in Park Place and became involved with the ST JOHN’S WOOD CLIQUE. He exhibited at the Royal Academy and the British Institution from 1859 and became an ARA in 1866. At first Yeames attempted large-scale decorative work, contributing the figures of Torrigiano and Holbein to the series of mosaic portraits of artists at the South Kensington Museum (1866).