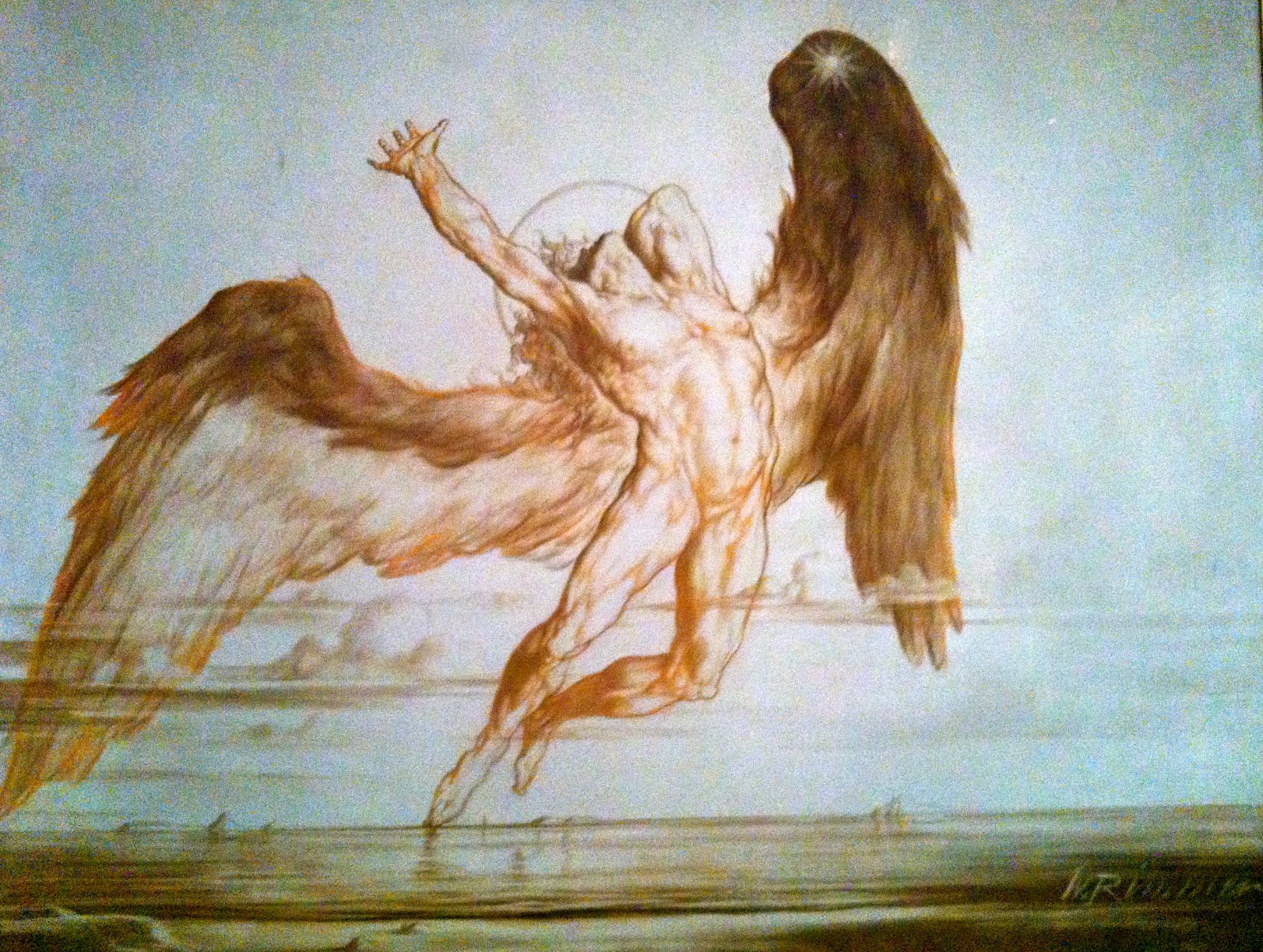 William Rimmer was born in Liverpool, England, on Feb. 20, 1816. At the age of 2 he was brought to Nova Scotia and at 10 to Boston, Mass., with which city he was primarily associated. In 1840 he began his artistic career as an itinerant portrait painter and also studied medicine, which he began to practice in the mid-1850s. At the same time he began carving directly in stone, producing such works as St. Stephen, a colossal granite head that is very personal in its display of fierce emotionalism and full of life. In his use of granite as a favored medium, he departed from the smooth, unbroken surfaces of the contemporary neoclassicists.

Falling Gladiator (1861), Rimmer’s best-known sculpture, was done for his most important patron, Stephen Perkins. Although the work was classical in theme, the sense of strain and struggle in it was unlike any other sculpture done at the time, and here Rimmer’s knowledge of anatomy was well utilized. The work, shown in the Paris Salon of 1863, appeared so lifelike that some thought it had been cast from a human model. In 1864 he received his one significant public commission, the statue of Alexander Hamilton for Commonwealth Avenue in Boston. Although rigorous and tense, this granite statue is more fussy and less vital than most of the artist’s other works. Rimmer lectured on art anatomy in Boston and conducted a school of drawing and modeling. From 1866 to 1870 he was director of the Cooper Union School of Design for Women in New York City. On his return to Boston, he taught at the school of the Boston Museum of Fine Arts. His last two surviving sculptures are Fighting Lions and the Dying Centaur (both 1871).

Rimmer has often been called the “American Michelangelo” because of his emphasis upon personal, tragic symbolism and his high standard of anatomical expressiveness. He had early come under the influence of the painter Washington Allston, whose personal, romantic classicism and sense of mystery undoubtedly contributed to the development of Rimmer’s art. In the sensuous surfaces of his sculptures with their alternating patterns of light and dark, he anticipated the impressionistic sculpture of the French artist Auguste Rodin. Rimmer is considered primarily a sculptor, but his paintings are arousing interest today. He was also one of the greatest American draftsmen of the 19th century, and his book, Art Anatomy (1877), shows his ability as a draftsman and his anatomical knowledge. He died in South Milford, Mass., on Aug. 20, 1879.