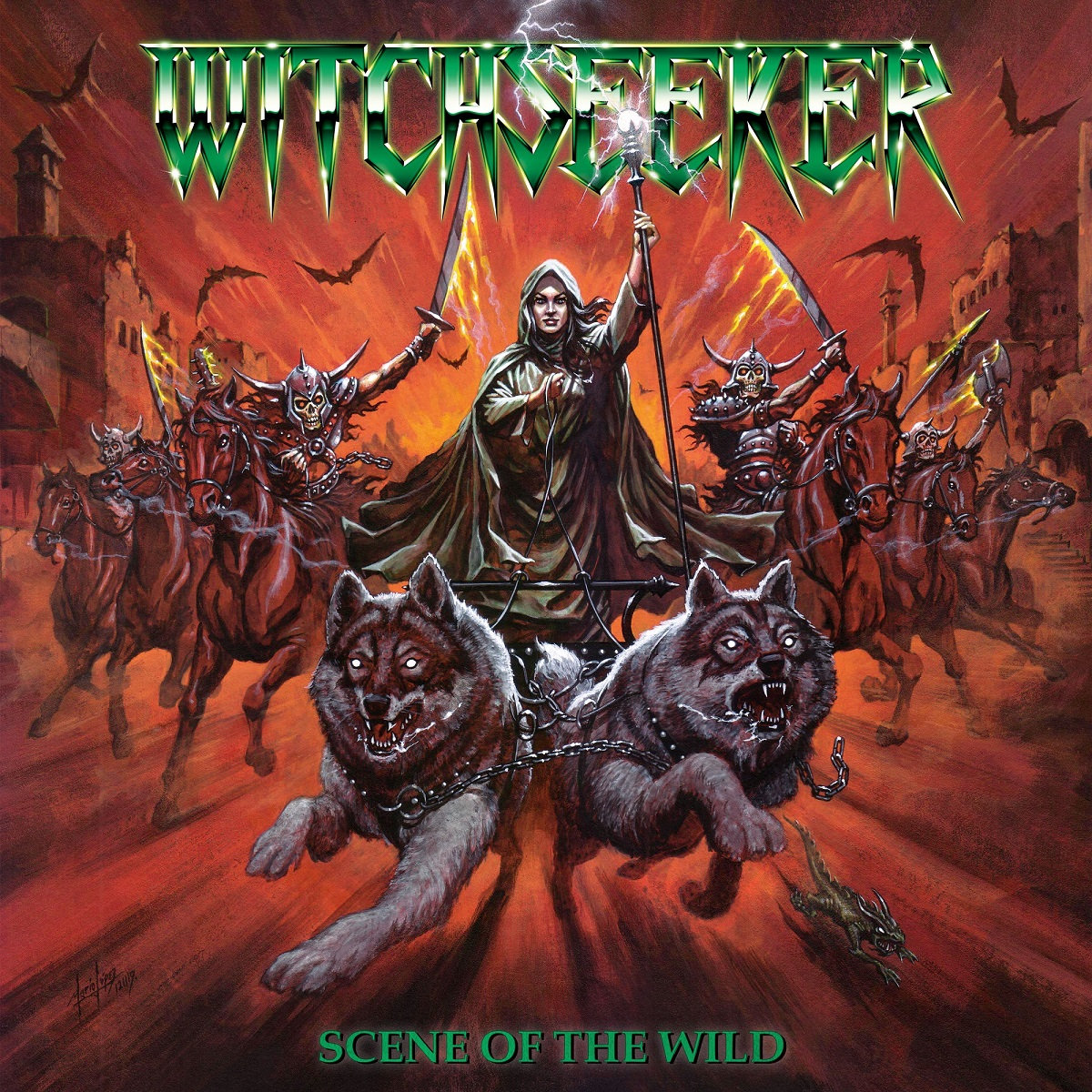 Scene of the Wild with Witchseeker

Witchseeker is a heavy metal band from Singapore. They were formed in 2012 by bassist/lead vocalist Sheikh Spitfire in late 2012, initially as a one-person project. Witchseeker has gone through different lineups, from a trio, a duo, a trio again and presently, a quartet. With Brandon Speedranger on guitars, Nick Stormbringer on guitars and Aip Sinner on drums, Witchseeker aims to create a heavy metal revolution, keeping their music loud, timeless and authentic.

The album was written somewhere in the middle of 2018 until middle of 2019. Thankfully, we started to record the album in September 2019 till Christmas of 2019 and got the mixing done in 2020, just before covid took over the world by storm.

I knew these songs needed to be released on a bigger platform when I was writing this album. That was how we got a deal together with Dying Victims Productions. And at that time, during the rehearsal stages, we were still a trio, and I was thinking these new songs required another guitar player, especially if we were to take it to outlive. So that was where we got Nick (Guitars) joining us as the 4th member.

We got to rehearse with Nick quick and began recording. Everything went well with the recording; everyone sounded great. So while we were at the mixing stages, this was where the new challenge came in. The restrictions began to kick in, and I couldn’t be present on-site in the studio, so I had to communicate with our sound engineer on WhatsApp, sending our songs back and forth. Hahaha. It was quite a time.

Looking at how the situation was worsening, we had to hold back from releasing the album and sort out our individual lives. Watching how live shows were being barred, we think we’ll continue this album when things ease up. Eventually, as months passed, I got in touch with Olof Wikstrand (Enforcer), somewhere in the middle of August 2020, to help me with mastering the album. Olof and I have kept in touch on Facebook, so I thought, why not have him master the album. He does an excellent job mixing and mastering for other bands around the world. Finally, mastering was done; we scored a deal with Dying Victims Productions and released it on March 26th 2021.

The song Scene of the Wild itself describes those who eat, sleep and breathe the fast, exciting and wildlife, usually embracing it when the weekends kick in. The title itself, I recalled coming across a title “Scene of the crime”, probably from a movie or something, and I just “that’s it, that’s the title for the album”, so I just changed from crime to wild. It’s just perfect to describe the music.

I first got exposed to my first rock or heavy music when I discovered my dad’s album collection. I found a compilation album of Richie Blackmore’s Rainbow, followed by Deep Purple, Scorpions etc. As I got older, I remember hearing Iron Maiden’s Phantom of the Opera and Metallica’s For Whom the Bell Tolls for the first time. That got me interested in picking up the bass after hearing the bass lines from these songs. Apart from that, I also saw how much attention some of the guys in school were getting when they played their guitar in school, and I wanted a piece of that and more.

So what got me into the entire heavy and speed metal stuff? I guess it just grew in me into discovering more severe and fast music. I listen to a bunch of music, but I have to say, heavy metal takes the cake, and I could say the most extreme form of music out there. Another reason was, when I was old enough to attend local shows, I was a gig-goer at that time, watching some local bands here and there. Some of them are good, but there wasn’t one that stood out. The majority were just trying to be the evilest or extreme band out there, and I’m like, you know what, I’ll just form my band and create something to my liking and style.

Growing up can be tough, but you kind of learn from all these experiences and move along with life. I remember discovering heavy metal; I remember how it kept me pumped and excited. I recalled listening to WASP religiously, and the songs, I want to be Somebody and Wild Child, became my mantra growing up. I still love that band today.

What motivates and prompts me to write music? Two things. Listening to music and also getting some appreciation and credit back from your listeners. Like it’s cool when your friends like your music, but when a stranger appreciates them, that’s like another level of appreciation. My brain is constantly giving me new ideas for music, and lyrically, my inspiration could draw from anywhere, be it from the internet or from the things you see around you. And with songwriting, I have to say it’s a love and hate relationship for me. It’s like you’re trying to solve a puzzle, only with sounds and words. But yeah, the final product does put you at satisfaction and ease.