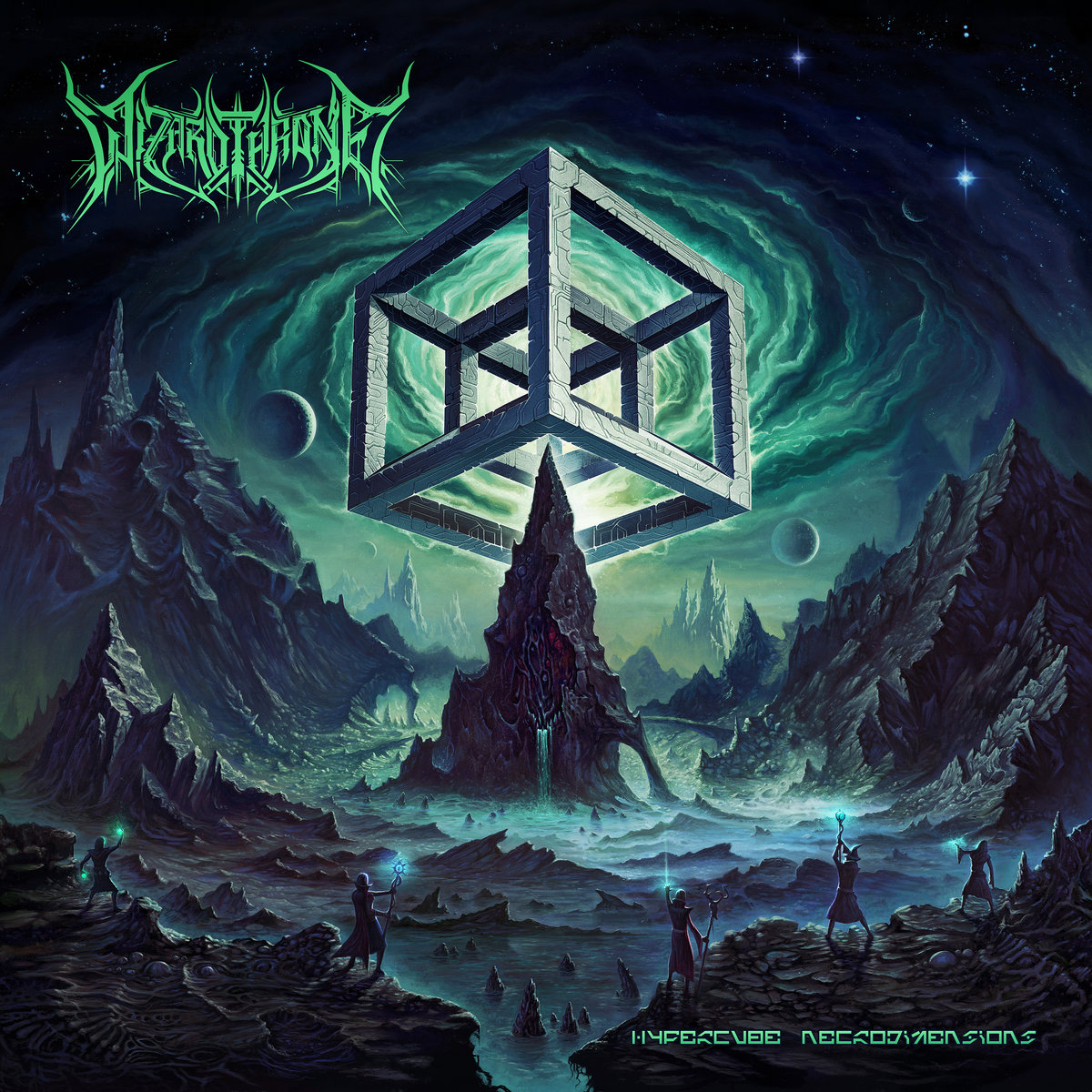 ‘Hypercube Necrodimensions’ is our attempt at capturing the magic of the late 90s/early 00s euro metal that inspired us all in the first place. Miraculously, the creative process was smooth, inspiring and without any drama. Although we are all used to being ‘band leaders’ or the leading writers in our other projects, we naturally assumed roles that led to everyone working to their strengths. Mike and I wrote the bulk of the material, with Mike adapting my ideas more to his style (which I would now call the ‘Wizardthrone’ sound). Chris’s role was primarily that of a ‘creative advisor’. He has an excellent ear for visualising the final product and guiding us in that direction. Jake and Eric were great for stepping in with ideas when we were stuck or not sure where to go with a song- it was really helpful and productive having an assortment of creative minds available at any given time.

As the band is spread out worldwide (the UK, USA and Sweden), we recorded the album in an extremely 2021 way- doing parts by ourselves in our bedrooms. In terms of knowing when we were finished- while Extreme Wizard Metal is the ultimate genre, nobody needs to hear it for 80s minutes straight! We thought 40 minutes would be an impactful sweet spot of being a full-length album while also leaving people wanting more. For me, creating and writing the music is the exciting part…  The recording process is trying to finish my parts as soon as possible before I throw my guitar in the bin from hating every single take. Luckily, the other members are much more accomplished instrumentalists, so they took their time and did god-knows-what rituals to get the performances that did the songwriting justice.

I can’t speak for the others, but I care about making music. If I were to write music about my actual life, I would have three songs, and they would be about going to the gym, going to work, and drinking Pepsi max. My enjoyment of music comes from creating something from nothing, and I have zero interest in creating music about anything that ‘matters’ or has a deeper message.

My introduction to heavy music was through Silverchair (who I have recently rediscovered, and will state that Daniel Johns is one of the best songwriters Australia has ever seen) with their album Freak Show. That was a huge album for me getting into guitar music. From there, Metallica, Pantera and Dream Theater were the formative bands in my teenage years. Listening to Summoning and Otyg for the first time were a huge moment for me, as they exposed me to more ‘underground’ styles of metal and what exists out there if you go looking for it.