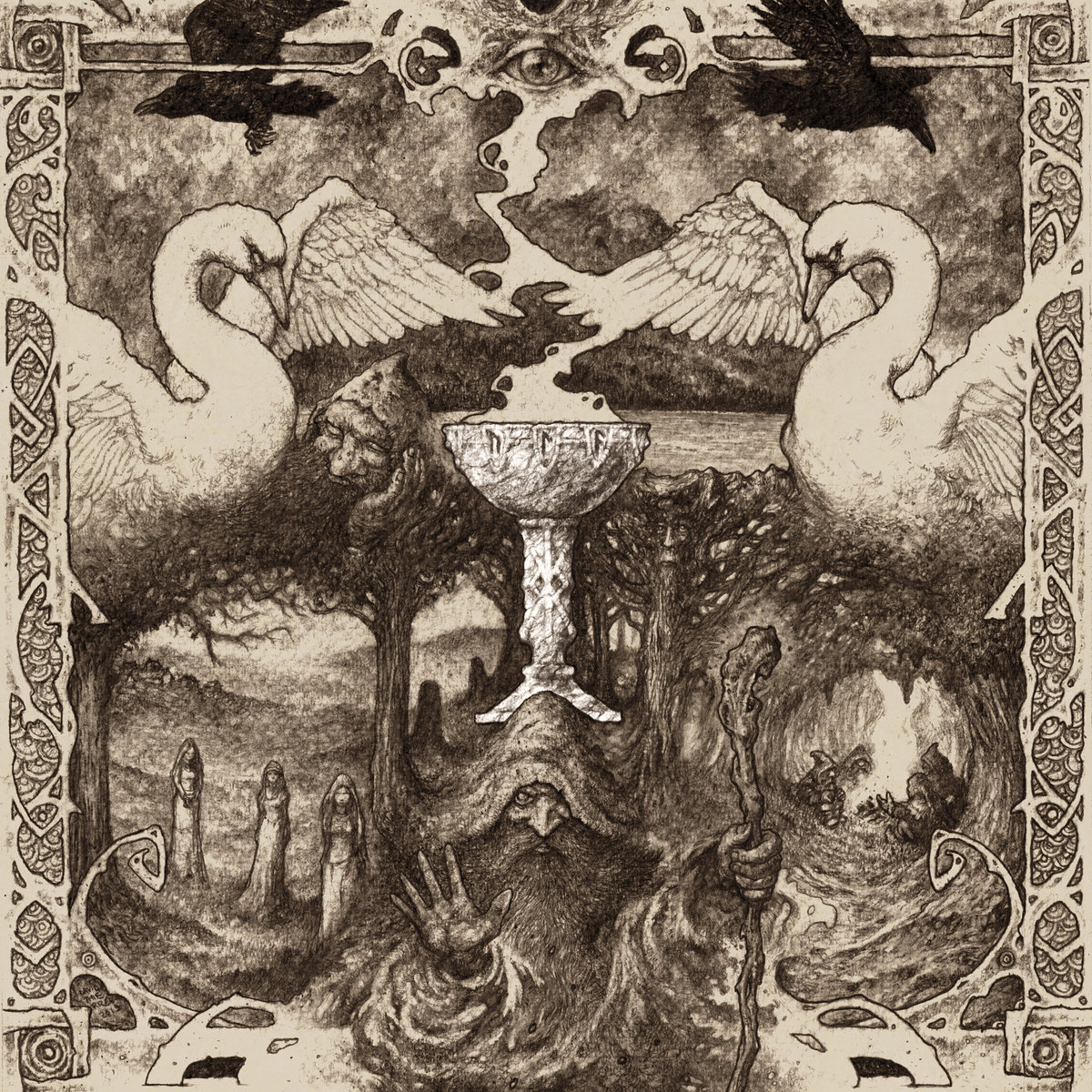 Fire In The White Stone By Dan Capp

Wolcensmen began in 2013 as a casual solo-project, seeking to create acoustic, atmospheric music with themes based on English spirituality and mysticism. After a well-received demo, Deivlforst Records from Germany released the debut album ‘Songs from the Fyrgen’ in 2016. Due to its success, it was reissued two years later by Indie Recordings, with a new bonus EP ‘Songs from the Mere’ included. In 2019 the second album ‘Fire in the White Stone’ was also released through Indie, accompanied by a short story, written by the man behind Wolcensmen, Dan Capp.

Our music can be described as Atmospheric Dark Folk music with cinematic/neo-classical elements and Pagan/mystical themes, using guitar, voice, cello, synth, percussion and other instruments to create varied soundscapes.

‘Fire in the White Stone’ is a concept album based on a short story I wrote. The listening experience is intended to take the listener on the journey which occurs in the story, to feel the moods and emotions of the main character. It’s, therefore, quite a cinematic album and so I chose to work with producer John A. Rivers due to his successes with Dead Can Dance. The writing process consisted of analyzing dozens of musical ideas (mostly guitar parts) I’ve amassed over the last ten years or so, to see which ones reflect moments in the story best. I then built whole songs around those small ideas. In some instances, I composed entirely new material to fit the concept of the album and paid close attention to the way songs flow from one to the next.

The lyrics reflect the overall story which the album is based on. The short story is written in the third-person (“he…”), whilst the lyrics are in the first-person (“I…”). I did it this way because I wanted to really portray the emotions in the lyrics – to put the listener into the shoes of the protagonist, whilst the short-story needed to be more functional and descriptive. I hope that the lyrics come across as very heartfelt, mystical and moving.

I wish to explore the mysteries of existence and identity and to alter the consciousness of the listener in some way. I was always drawn to this type of music because it took me to a more profound, spiritual place in my mind, and I would often listen to it whilst alone in the quiet of nature, even at night-time. I have had wonderful, quite spiritual experiences whilst listening to music and I try to create compositions which can achieve the same thing for others.

Myths and religion, yes, and the literature of J.R.R. Tolkien. The themes in the story are based on English mysteries, such as the ‘Kalc’ rune, which is specific to the Anglo-Frisian rune-set, as well as the runic ‘ALU’ sequence which is found in English and Scandinavian artefacts. Beyond this, the story borrows from important mythologies such as the Grail Legends, Wagner’s work, the Eddas, and generally the idea of ‘The Hero’s Journey’. I love to study these things and I felt I could present them to people who might not know or understand them, in the form of a concept album.