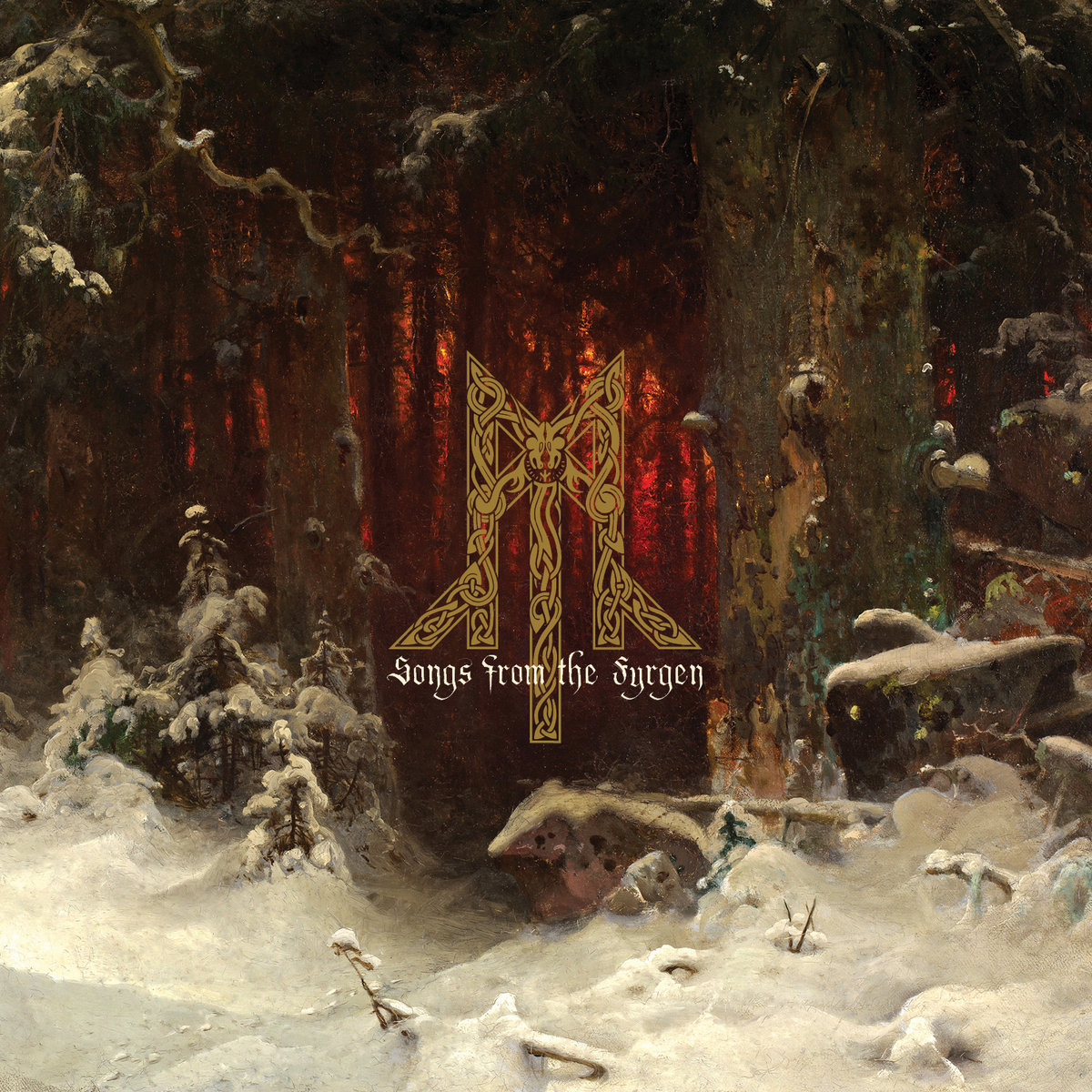 Songs From The Fyrgen By Dan Capp

Wolcensmen began as a small project in 2013 with the release of the demo (though my intention to make this kind of music goes back to the late ’90s). Between 2013-2016 just two songs were written and recorded for compilations, but in 2016 the debut album Songs from the Fyrgen was released by Deivlforst Records and proved to be quite successful, bringing together fans of Extreme Metal, Folk and History alike. In 2018 Indie Recordings remixed and re-released Songs from the Fyrgen, paving the way for a second album, due in 2019.

How did I get here, in HMA? Well, I suppose I have to credit that to fate and to the timeless talents of Ludvig Munthe, whose extraordinary art I borrowed and retouched for the cover of Songs from the Fyrgen. Thank you, Ludvig! In a more general sense, Wolcensmen is the result of my passion for dark, atmospheric music with a certain spiritual/traditional theme. This is the language of my soul and I feel like a more ‘complete’ being for embracing this part of me. The compositions and artistic choices are all mines, but I’ve had some help from like-minded friends in bringing it to fruition, both live and in the studio.

Songs from the Fyrgen is technically two and a half years old now, but it is nevertheless the latest and was reissued at the end of 2018. Its major influences are the more neo-classical aspects of folk and metal: old Ulver, Empyrium, Opeth, Summoning, Storm, Isengard. Also Dead Can Dance, Bathory, Rainbow, Solstice and many more I don’t care to name here. The idea – as will always be the case with Wolcensmen, was to create an album that takes the listener on a journey; In this instance, to a pre-Industrial age still full of mystery and superstition.’ Fyrgen’ is an Old English word for ‘wooded hilltop’, so the album title translates as ‘songs from the wooded hilltop’, and Ludvig Munthe’s art was perfect to represent this.

The lyrics generally touch upon the native spirituality and lore of north-western Europe – England specifically. They are all written in ‘Anglish’, which is a form of modern English using only Germanic words. I did this to create a more archaic atmosphere, and to help take the listener back in time. One song ‘The Mon o’ Micht’ is based on a very old charm from the borderlands of England and Scotland, and is said to invoke the god Woden to banish the nightmare.

Wolcensmen is a religious band, in the sense that it is meant to be spiritual, and is meant to bring like-spirited people together (in the same way that religion is supposed to “religion” shouldn’t be a dirty word). Music has an ability to sweep the listener away to a more meaningful or clear state of mind; To put us in touch with a forgotten aspect of human existence. This is what I do with my music, and as such all lyrics, imagery and atmospheres are carefully chosen to achieve this.

Metal, especially black metal, is the modern incarnation of the ancient Mannerbunde; wild youthful energy detached from society so that it can keep it in check – keep its spirit and vigour alive. Those most adventurous individuals of the metal scene seek out and shine a light upon the verboten and corrupted aspects of humanity and the natural order, so as to ultimately refine a healthy, creative culture. I don’t know if metal has to be ‘dangerous’, but it definitely has to be wild and challenging to serve its rightful purpose.

My next album includes the lyric “There is a light that longs for dark”. This pretty much sums up why I believe many in the metal, folk and ambient scenes are drawn to dark imagery and subject matter; along with my answer to the previous question where I relate the concept of the Mannerbunde or the ‘outlander’. Many among us are divine sparks seeking unlit carverns. Paganism is the true universal religion in that it both serves a multitude of cultures, sympathetically, as well as giving each the light and dark energies/archetypes it needs to remain balanced and sane. The “dark arts” exist within all cultures and are a vital component of them all; And just as mysterious lands need their explorers, so do the hidden depths of folk soul(s) need theirs.