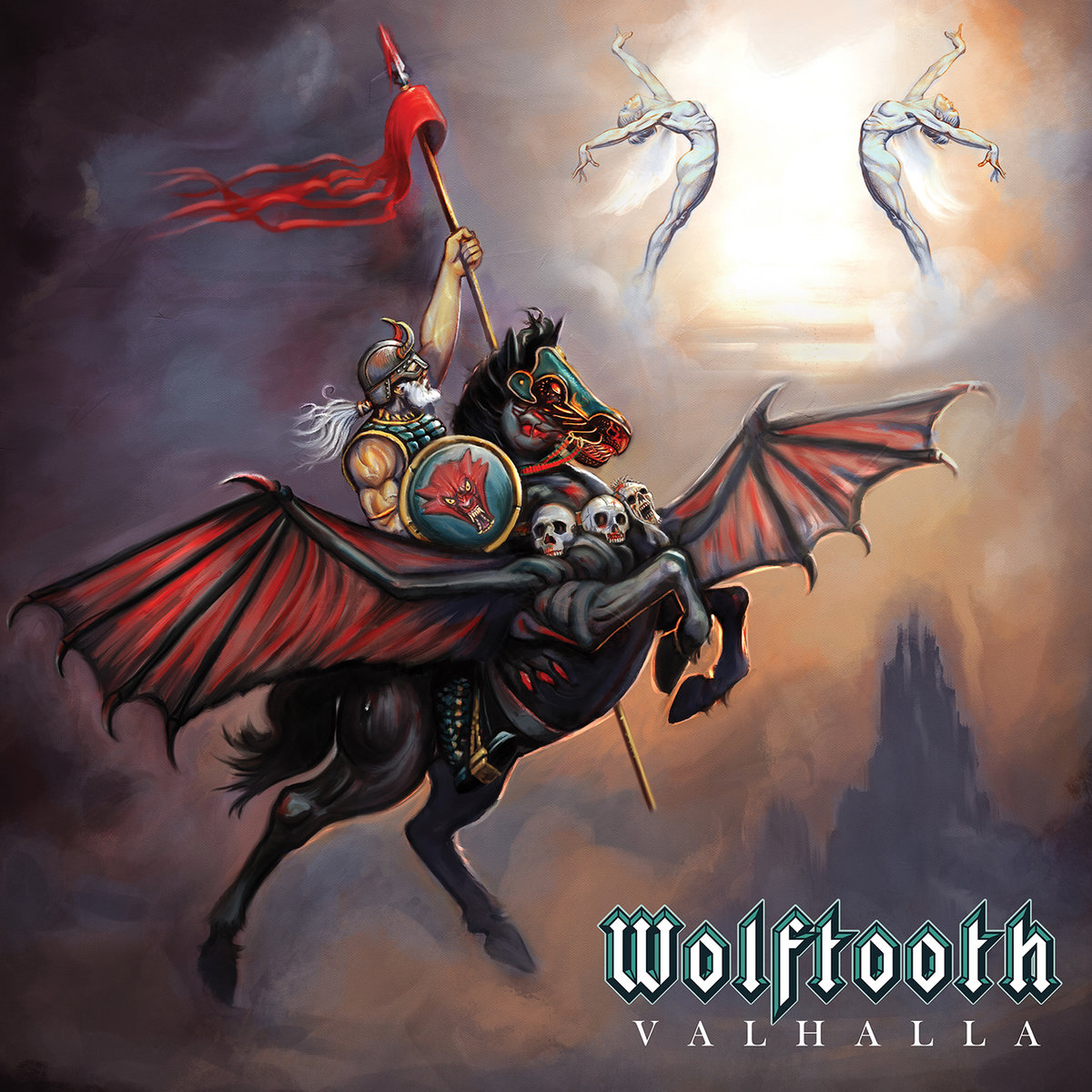 Wolftooth hailing from Richmond Indiana, consisting of: Chris Sullivan- Vocals and Guitar, Jeff Cole- Guitar, Terry McDaniel- Bass, and Johnny Harrod- Drums, came on the scene in late 2017 when they released a three-song EP on Bandcamp grabbing the attention of stoner/doom label Cursed Tongue Records with their mix of NWOBHM and heavy rock. They would go on to record and release their debut full-length S/T album through Cursed Tongue (vinyl) and Ripple Music (CD) in the first part of 2018 to rave reviews, ending the year ranking #7 on the Doom Charts for best albums of 2018. Immediately hitting the road in support of the album, Wolftooth harvested many new fans with a reputation as a hard-hitting live act. In 2019 the band took to the studio to record their sophomore album “Valhalla”. The band expanded on their sound with cleaner production, catchy choruses, and heavy riffs that harkened back to the golden age of heavy metal. The record hit the underground in May 2020 through Cursed Tongue and Ripple Music, debuting on the Doom Charts at #1 for June.

Wolftooth doesn’t mean anything. Chris came up with it, and we all thought it sounded cool Lol. Simple as that. Valhalla is the place that slain warriors go in the afterlife. A warriors heaven so to speak. A lot of our lyrics are fantasy based dealing with sword and sorcery, battle, creatures and the like. So Valhalla seemed like a great topic to explore.

We mix in a lot of things. We’re all fans of 70s and 80s heavy metal and hard rock, even classic rock. As far as the new album goes, you can probably hear influences from Iron Maiden, Black Sabbath, Lynyrd Skynyrd, early Metallica, Thin Lizzy, etc.

I really wouldn’t call us a doom band. We have kind of been lumped into that genre because no one knew what genre we fell into, to be honest.

Most of our lyrics are fantasy based. We like to delve into mythology as well with songs like ‘Scylla and Charybdis’ and both Chris and I are big horror movie fans. That can be seen in songs like “The Possession” which is loosely based on Jack the Ripper. Our music is story-based. We like to take the listener on a journey and away from the noise of the day.

The artwork for the new album was done by a very talented artist Okan Bulbul. It depicts a slain warrior on a winged horse on his way to Valhalla being guided by Valkyries.