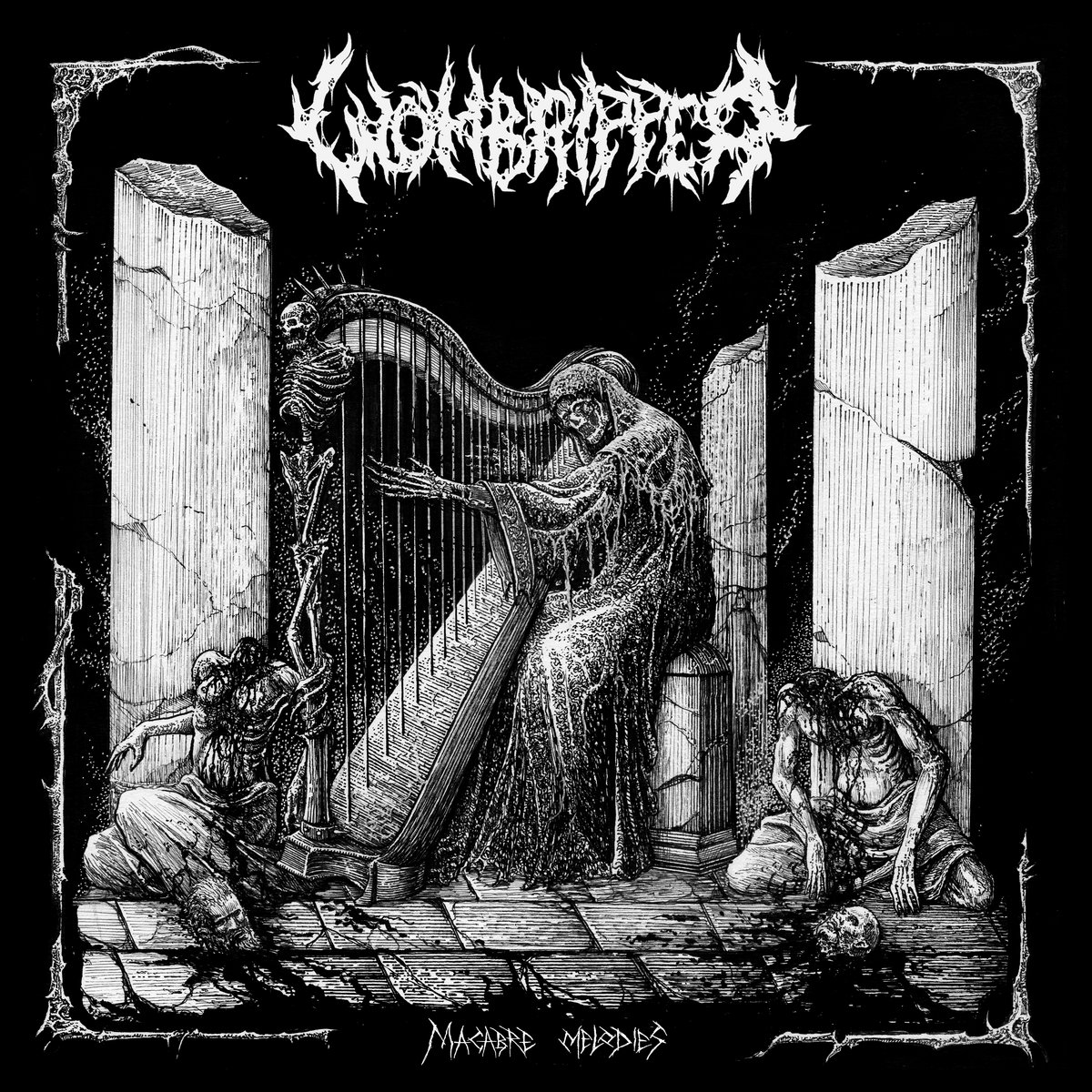 Hailing from Nizhny Novgorod and formed in February 2013, Wombripper has ever since leaned towards the Swedish school of Death Metal with raw, crunchy buzzsaw guitars and straightforward compositions. Highly influenced by Grave, Entombed and Dismember, their first demo, ‘Morbid Aberrations’, was recorded and released in 2014. The band shared the stage with some of the genre’s milestones such as Necrophobic, Nominon and Fleshcrawl, and newer underground acts such as Undergang, Nocturnal Witch, etc. After several lineup changes, the 4-track EP ‘Infected Tomb’ was recorded and self-released by the band in 2017. That same year, Wombripper recorded their debut album, ‘From the Depths of Flesh’, released in 2018 by different labels, such as Redefining Darkness Records (U.S.A.) and Grotesque Sounds (Russia). ‘From the Depths of Flesh’ gained them lots of positive feedback from the media and old school Death Metal fans alike, as the album displayed some top-notch Swedeath, an aural massacre featuring plenty of catchy and morbid melodies, blazing solos and blasting devastation. Now scaled back to a 3-piece, Wombripper put the power in power-trio with their crushing second album, ‘Macabre Melodies’. Ever aptly titled, ‘Macabre Melodies’ is both macabre to the max and melodic in a most macabre manner! Wombripper is nothing if not maniacs devoted to pure 90s Death Metal. The vintage aspect rings proud and true here, adding to (but never subtracting from) the iron-clad foundation laid down by Dismember back then, keeping the guitars guts fucking and incredibly tuneful, with hummable tunes you simply won’t be able to get out of your head. But lest anyone linger under the assumption that “melodic” equates to some weakening aspect, fuck right off here: Wombripper is not named that for no reason, and ‘Macabre Melodies’ encapsulates and then eclipses their no-less-righteous prior recordings, making for the band’s apex to date and all without sacrificing an ounce of crush or credibility. Graced with stark and haunting cover art courtesy of MFA XII, ‘Macabre Melodies’ is the sweet song you’ll hear… before you die! Fans of classic Entombed, Fleshcrawl, Entrails, Nirvana 2002, Dismember, Grave, Demonical, Carnage and God Macabre – keep eyes and ears open!

Our new album ‘Macabre Melodies’ was released on the 26th of October 2020. It began back in 2017 when we were in the process of recording our first album, ‘From the Depths of Flesh’. An attentive fan and listener will pay attention to the bonus tracks in the album edition, which was released on the American label Redefining Darkness Records. During these two years, the primary material was developed and rehearsed, and by the end of 2019, the entire album was already done. The band rehearsed a lot (up to three times a week); tracks need to sound lively and dynamic so that the effect of a band playing right in the listener’s room is present. Spanish label Memento Mori came out to us and offered a release. We were pleased with the old-school and truly underground approach to managing label affairs, and we agreed. By the beginning of summer 2020, the album was ready and waiting for the release on the planned date.

The name of the album came from one of many reviews of the first full-length. One of the journalists called melodies Macabre on our album. We, in turn, gave a move to this epithet musically and lyrically. Wombripper lyrics are based around nihilistic aesthetics and pose. The songs tell about the devastation and overthrowing ideals with tasty usage of relatively standard death metal lexicon – anti-god rhetorics, gore, violence, decay and drowning into unknown depths.

The band has no clear fixation on politics. The rhetoric style goes quite far from the political proclamation. However, still, the lyrics implicitly contain neglect to lots of widely spread values, like humanism, tolerance, social justice, strong religious poses, progress and a bright future. I think you got the point, no political program here, mostly staring at the decay of society with a pleasure.