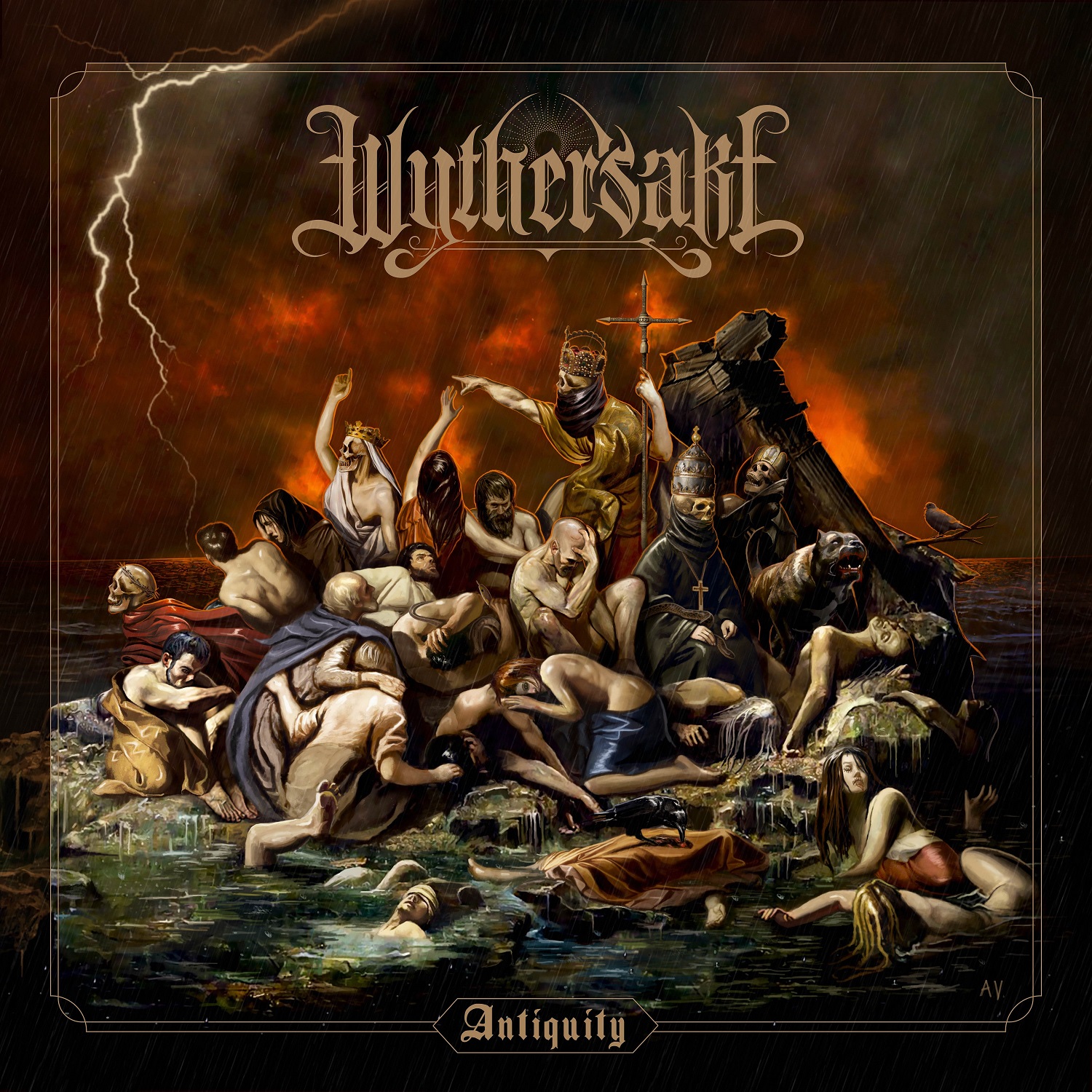 Wythersake is a Blackened Symphonic Death Metal Band hailing from the Nations Capital (USA). They were formed by a collective of individuals with the same passion for melding Melody with Brutality amid a backdrop of Majestic atmosphere. 2021 will see Wythersake release their first full-length album on Scarlet Records.

Thanks to technology, everything went smooth. The album was already written back in 2019, and we started tracking everything that year as well. 2020 we finetuned everything with the artwork and mixing and then shopped it around. We had a few offers before we even began shopping the album based on singles we had released but were happy when Scarlet Records came into the picture. The restrictions didn’t hinder anything other than set back plans for playing live.

As far as wild conspiracies – anyone that knows me would know I love to go down the rabbit hole. Some people might make fun of that, but a lot of that stuff is very interesting and thought-provoking, and I enjoy that. I also don’t care much what people think, so I am in my little world, which isn’t that bad. I think my favourite is about Antarctica having secret military bases after WW2 only accessible by submarine.

Some songs refer to themes. In others, it’s not a concept album that was done on purpose, but each song is loosely related. I prefer to listen to the album from start to finish instead of just hearing one song by itself. It feels odd and incomplete. For example, I did not like our first single, ‘Iniquity’, that much when released before the album. I hated it – but once the album came out, I enjoyed it again.

When I was little, my dad played Van Halen (First album) on cassette. In the 90s, I remember hearing Runnin With the Devil and that opening guitar riff, and it just caught me. Until that time, I only really listened to classical music because I was learning the violin, and that’s all I had heard. Things just progressed as I got older, and the music I liked got heavier. I guess I should shout out to that first Van Halen album and classical music for where I am today. I guess it kind of makes sense in hindsight.

When I am in my studio, I am pretty adamant about not being bothered. I do not like anything coming into my space unannounced or concerning me with trivial things. My girlfriend is pretty mindful of this, and she supports what I do, so it’s rarely an issue. Once I am in the zone, I need to continue until I finish.