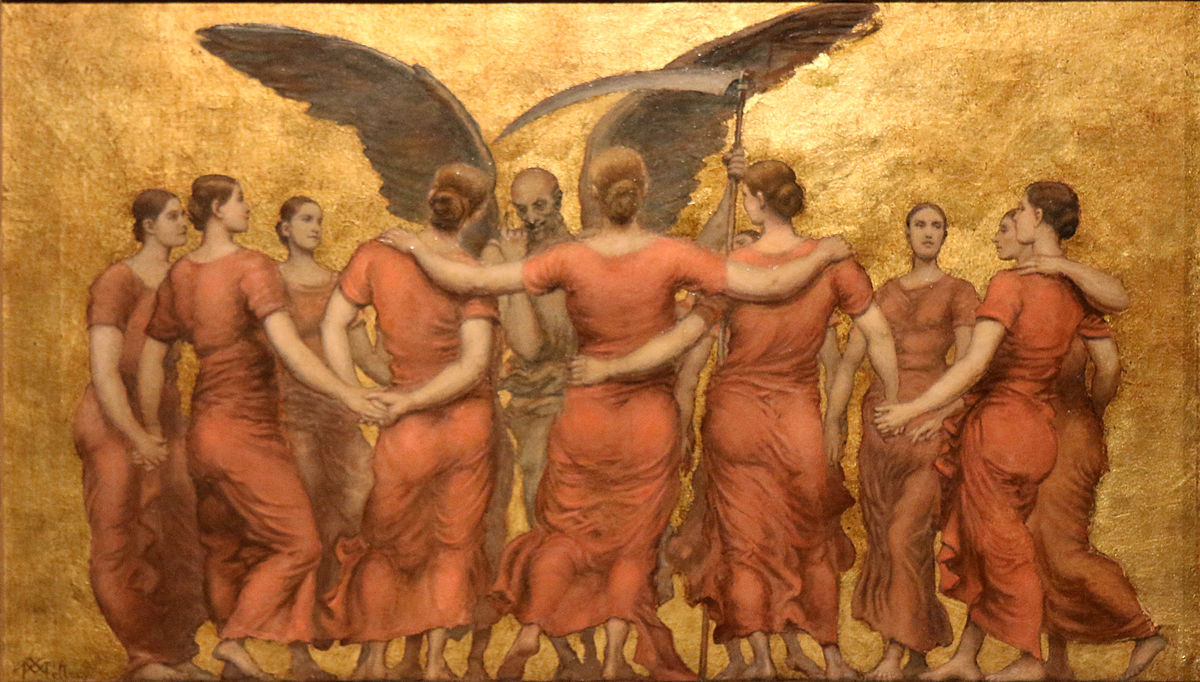 Xavier Mellery (b Laeken, nr Brussels, 9 Aug 1845; d Laeken, 4 Feb 1921). Belgian painter, decorative artist and draughtsman. A gardener’s son, he was brought up in a quiet suburb of Brussels, bordering the Parc Royal. He studied under the decorative artist Charles Albert (1821-89) and then, between 1860 and 1867, took a course in decorative design at the Brussels Acad?mie. In 1864 he joined the studio of Jean-Fran?ois Portaels to learn the techniques of modelling, painting from life and history painting. Having won the Belgian Prix de Rome in 1870, he travelled to Italy, where he was inspired by the work of Mantegna. His early work treated the working lives of the Belgian poor in a social realist manner influenced by Charles de Groux: for example The Peasants (Antwerp, Kon. Mus. S. Kst.).