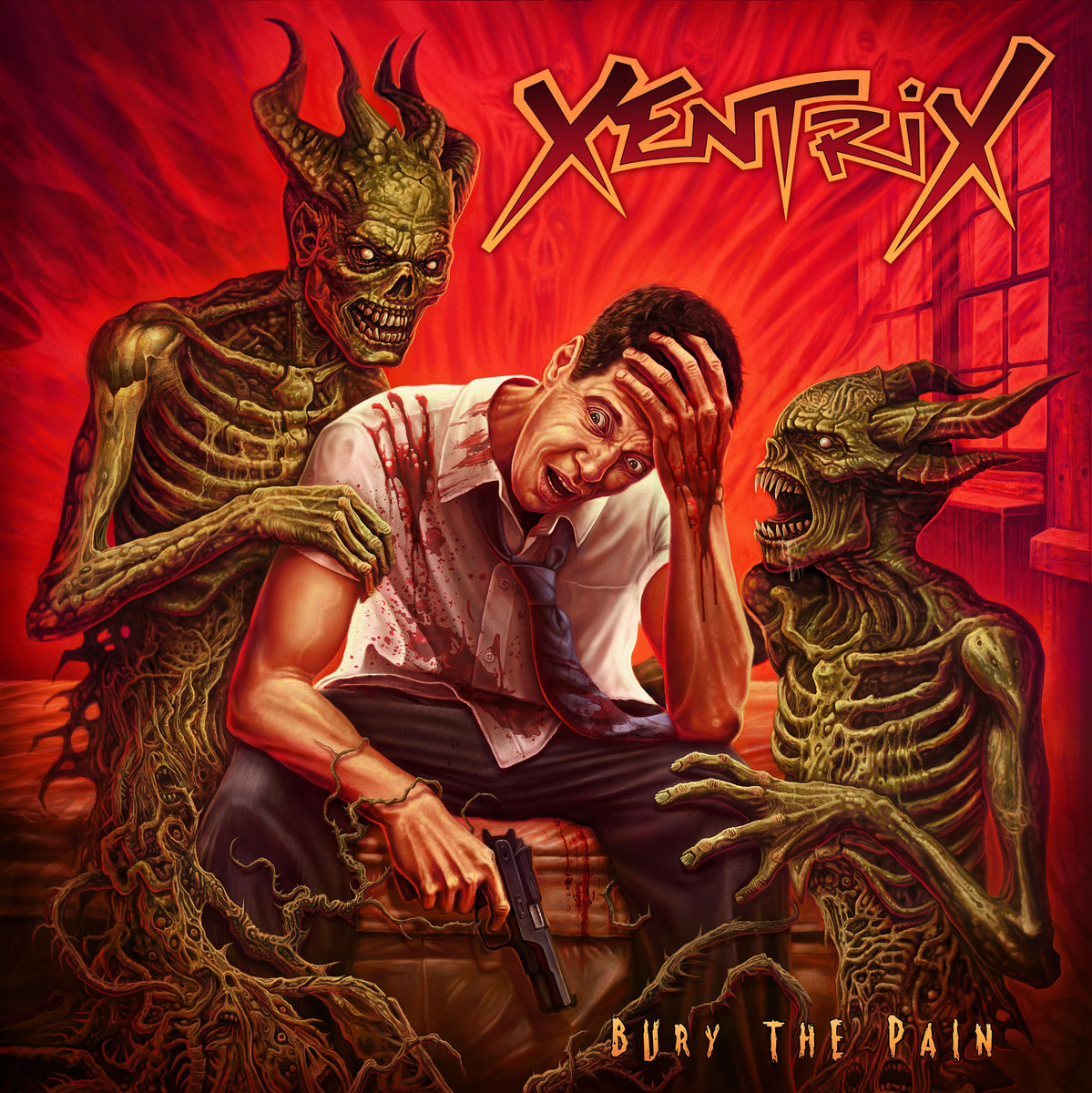 Hailing from the North West of England, Xentrix was formed in 1985 by guitar player Chris Astley. After numerous changes to the lineup, Xentrix signed to Roadrunner Records and entered the studio to record their first album ‘Shattered Existence’ with producer John Cuniberti (Vio-lence, Forbidden, Joe Satriani). Xentrix were one of the leading lights of the British thrash metal movement. They had music videos for their cover of Ray Parker Jr.’s “Ghostbusters” as well as the songs “Crimes”, “For Whose Advantage?” and “The Order of Chaos”, which all had regular air time on MTV’s Headbangers Ball. Gaining global notoriety, Xentrix had many high energy performances with audiences of thousands. ‘Ghostbusters’ theme tune quickly became a favourite with stage divers at their live shows. They sold over 500,000 records worldwide. After many tours with Annihilator, Sepultura, Tankard the band broke up in 1996.

There was a brief return in 2005/2006 which saw a small number of UK shows and then a 2nd return in 2013 at UK’s Bloodstock Festival was followed by a series of dates with Kreator and then Overkill. Xentrix returned to full activity in 2017 for a storming Bloodstock Festival show with Jay Walsh (Bull-Riff Stampede) newly appointed at the helm. Following this, the band pushed forward with a number of shows including Metal Mania Poland with Emperor / Napalm Death and Headline sets at both the Otero Brutalfest in Spain with Entombed A.D. and Symbolic Fest in Czech. Through the closing months of 2018 the final recording work for the new Xentrix album ‘Bury the Pain’ was completed. With production from Andy Sneap and Mastering by Russ Russell, this new recording has the band sounding heavier than ever, while still retaining their signature sound. With the release of their brand new album ‘Bury the Pain’ on Listenable Records in early Summer 2019, Xentrix is fired up and ready for the next chapter to begin.

Xentrix is a name from the late eighties the UK thrash metal scene. We started back doing shows in 2013 because people wanted to hear our old material again but we originally never intended to record any new material. But it became very clear to us that if we wanted to be taken as anything more than a tribute act to ourselves, we had to start producing new music again.

We originally finished recording this album with Chris Astley, our original vocalist but after completion, he decided not to want to be involved in music anymore so we were left stranded with an album but no vocalist. It took us two years to find Jay, who was originally brought in to just play the guitar, but after many disappointing auditions, he decided to step into the role. We consider ourselves to be a thrash metal band that leans towards the metal side of things. Some bands in our genre claim to have hardcore, punk or even hip hop influences but we are old school heavy metal fans that just wanted to turn up the aggression.

I had an idea for the cover, it was this guy being tormented by these demons that have told him to take his revenge on someone and it’s that moment that he realises what he’s done. The song ‘bury’ the pain is about that sensation of rage when you maybe take it too far and then you regret it. I contacted Dan Goldsworthy with this idea, and very quickly he responded with a rough version of the cover and straight away I loved it, it was exactly what I pictured. Then he took it a step further by making it the same guy from our second album from 1990 ‘For whose advantage?’ And I loved it even more. He’s a great artist, some of the detail is amazing, I love the faces in the demons body and the bloodstain on his shirt.

The lyrics on ‘Bury the Pain’ are mainly about rage, vengeance and the inner workings of the twisted human mind, well, mine anyway. I try to write about things I feel I know about, I think that’s why our lyrics sometimes look inside rather than out. I think the lyrical style of thrash bands in the 80s was great, it was angry and exciting, it kicked back from the fantasy themes of traditional metal like Maiden and Dio and went on a more punkish anti-establishment path. But at the end of the day, heavy music demands heavy lyrics.

We definitely draw from movies and what is going on in the world. It’s very easy to turn on your computer or TV and see or read something that will give you an idea for an angry lyric. As far as a decadent lifestyle… that’s way behind us (well, most of us).