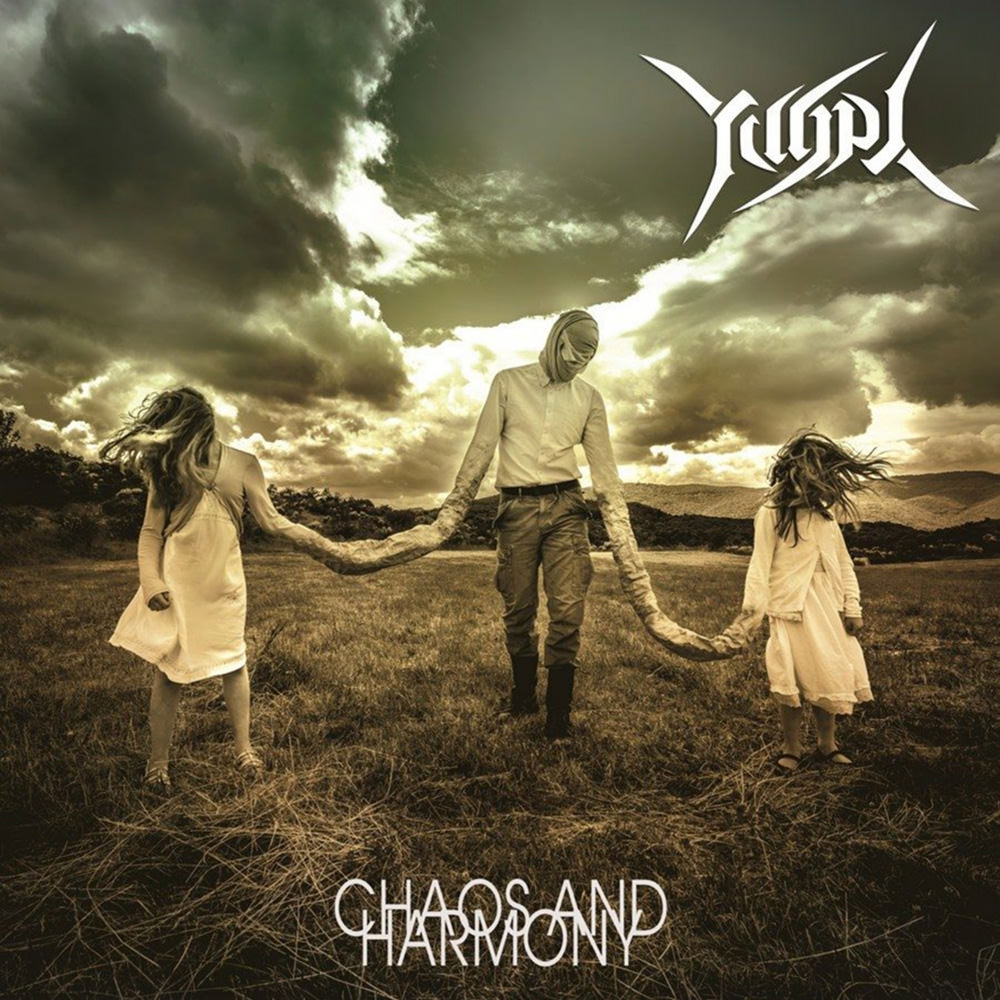 The harmony of chaos By Guillaume

Yugal is a french metal quintet band rocking since 2010. After a couple of E.P.’s incensed by the specialized french press (Metallian, Rock Hard), Yugal decided to have a break with stages for a year to spend time on their first album composition. Despite a lineup turn on summer 2016, “Chaos and Harmony” was released on the end of the same year. The album allowed the band to go on tour, with gigs at Nantes Metal Fest, Bloodwase Metal Fantasy Fest, Tomahawk Festival, Plougarock Festival, sharing the stage with Loudblast, Black Bomb A, Karma Zero, Banane Metalik, and many more.  Yugal is still on tour in 2017 and is ready to thrash each scene the band will play on.

Yugal’s music is a skilled mix between death metal, thrash metal and hardcore twisted with traditional acoustic and electric sounds, coming from the Middle East, with regard to his first album Chaos & Harmony. The violence of riffs, psychedelic melodies, hollow yells of the frontman and the powerful drummer playing make Yugal an uncategorizable metal band you really need to discover. Trance and headbanging are coming.

‘Chaos and Harmony’ is the outcome of the two previous E.P., with similar ingredients but more maturation and expertise. This album mixes forcefulness and loudness with speed and mid-tempos and bewitching melodies. It wants to break trends and metal codes. The entire band has composed the album and not a single one man. It allows a melting-pot of unlimited musical influences and this is what makes ‘Chaos and Harmony’ a production needed to listen.

You need great tracks for sure, but visual skills and sound production are also important. This is why Yugal decided to work with artists like Blacksshark for the visual of the album, Slo/Sombrebizarre Prod for the new logo and Vamacara Studio for mix, master and production of the tracks. Love for music and passion are also key ingredients.

Listeners have to know that Yugal is an Indian concept expressing duality, binary view of things, couple, in the meaning of things can be opposite but indivisible (night and day, good and evil, life and death, war and peace, etc.), like Yugal music, which allies power and softness, speed and heaviness. ‘Chaos and Harmony’ follow this guiding line. Lyrics theme expresses frustrations of our generation about political and economic world system, in the form of positive energy and a cruel realism.

In a matter of artwork, the metal scene is full of talents. Each metal style have predilection codes, like death, blood, war, drug, beer, politics, even dragons! We fully have respect for these codes which exist since the birth of heavy metal, but we don’t want to glue on that view, because we need to make something new and original to try to stand out in the metal french scene. We chose to work with Blacksshark because we think she breaks codes with her ambiguous photography. It’s also why we decided to work with Slo and Team 23 for our video clip on the track ‘Heavy Mental’.

A great record cover doesn’t reveal too much on the album but has to create a desire to listen on it.  The cover has to be on the continuity of the music. Ours allows large freedom of interpretation, and that’s a pretty cool thing. Within the band, we have different views on what is the meaning of our album cover. It’s an uncategorized picture and we really love it.